B&Q owner to shut 60 stores across Britain and Ireland 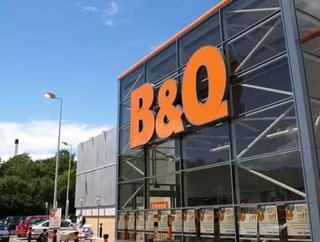 Kingfisher, Europe's biggest home improvements retailer, has today announced it will be closing 60 stores in Britain and Ireland, a day after pulling out of a takeover for French chain Mr Bricolage.

British group Kingfisher, which owns the chains B&Q and Screwfix in Britain as well as Castorama and Brico Depot in France, said it would close the stores over the next two years at a restructuring cost of £350 million. Neither the exact locations nor number of planned job losses were disclosed.

"Kingfisher has said for some time that B&Q UK & Ireland can adequately meet local customer needs from fewer stores and that some of the stores should be smaller." the group said, while revealing the departure of B&Q Chief Executive Kevin O'Byrne.

It was announced also that Kingfisher's annual profits had dropped 19 percent to £573 million too.

In a statement, the company said: "The results for the year reflect a mixed picture across our markets with the UK market improving but continental Europe, particularly France, proving to be a more challenging environment."

"However, our ongoing focus on cash and tight capital discipline meant we were able to continue to invest in the business whilst maintaining a strong balance sheet, pay £234 million in annual cash dividends and return a further £200 million to shareholders via special dividends and share buy backs."

Its shares had rallied also on Monday after Kingfisher said it had pulled out of a deal to buy Mr Bricolage in the absence of regulatory approval.