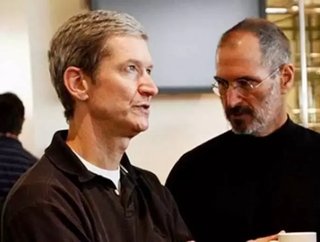 New Apple CEO Tim Cook might have his first supply chain crisis on his hands since taking over for Steve Jobs last week. Chinese environmental groups a...

New Apple CEO Tim Cook might have his first supply chain crisis on his hands since taking over for Steve Jobs last week.

Chinese environmental groups are going after Apple for turning what they see as a blind eye toward the company’s suppliers in their country. Apple’s suppliers in China are allegedly contributing to the country’s fast-growing ecological problems.

“The large volume of discharge in Apple’s supply chain greatly endangers the public’s health and safety,” the Institute of Public and Environmental Affairs said.

Digging deeper inside the report, 27 Apple suppliers are alleged to have had severe pollution problems stemming from the supply chain, with everything from toxic gases to heavy metal sludge.

One case alleges that a nearby village experienced “phenomenal rise in cases of cancer” due to a particularly harmful Apple supplier.

The reasons why these events allegedly took place aren’t too surprising, as the report says that Apple decided to “take advantage of loopholes” in China’s environmental management systems to “grab super profits.”

Unfortunately, this isn’t the first time Apple has been in the news for environmental issues with its suppliers. Earlier this year, environmental records were released for China’s iPad and iPhone manufacturers’ alleging poor environmental numbers.

“Apple is committed to driving the highest standards of social responsibility throughout our supply base,” Wu said. “We require that our suppliers provide safe working conditions, treat workers with dignity and respect, and use environmentally responsible manufacturing processes wherever Apple products are made.”