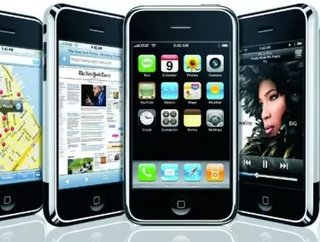 The Apple supply chain has been all over the place over the past few months. Yes, there was the Foxconn factory explosion, which reportedly affected iP...

The Apple supply chain has been all over the place over the past few months.

Despite those concerns, Apple still held the top spot on Gartner’s list of the world’s top supply chains for the fourth year in a row.

Now, Apple is reportedly ramping up its production efforts in anticipation of launching the iPhone 5, according to Morgan Stanley analyst Katy Huberty.

“Apple’s next iPhone will begin production in mid to late August and ramp aggressively” into the calendar fourth quarter, Huberty noted to clients. The iPhone 5 is expected to be on the shelves sometime before the end of the third calendar quarter, which ends in September.

A report by NBC noted that the iPhone 5 is expected to be available by October.

Some reports out there are suggesting that Apple is planning on releasing two iPhones for a September release. While this has not been confirmed and should be regarded as a rumor at this point, Apple could conceivably launch both an iPhone 5 and a mid-range iPhone 4S.

Deutsche Bank’s Chris Whitmore told clients in a note yesterday to expect both the iPhone 5 and iPhone 4S to be released in the near future.

"With Nokia and RIMM struggling, the time is right for Apple to aggressively penetrate the mid range smart-phone market (i.e. $300-500 category) to dramatically expand its [total addressable market] and market share,” Whitmore wrote, according to a report on CNN.

Even if Apple is just releasing one new iPhone before the months leading up to the holiday season, its global supply chain must be doing just fine following the effects from the Japan disaster and the Foxconn shortages.