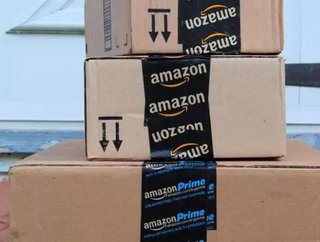 Amazon Intersect Illinois and the Illinois Department of Commerce today announced that Amazon plans to open two fulfilment centres in Aurora, Illinois. The facilities will add more than 1,000 additional full-time jobs with benefits to the state. The company currently has fulfilment centres operating in Edwardsville, Joliet and Romeoville with another fulfilment centre under construction in Monee.

“In just over two years, Illinois has proven itself to be an ideal location from which Amazon can continue offering customers our vast selection and superfast shipping speeds,” said Akash Chauhan, Amazon’s vice president of North American operations. “We’re excited to be growing and creating even more full-time jobs that offer comprehensive benefits on day one as well as generous maternity and parental leave benefits.”

“Intersect Illinois has worked closely with Amazon for months to grow and maximize Amazon’s footprint in Illinois,” said Intersect Illinois CEO Jim Schultz. “Team members like Frank Cho recognized early on that Illinois and Amazon could be tremendous partners and that hard work is paying off. Illinois can offer Amazon exactly what it needs.”

“With a talented workforce, central location in the Unites States and the North American market, and a world-class transportation hub, Illinois is proving it has assets no other state can offer,” Schultz added.

During the past two years, Amazon has announced eight fulfilment centres in Illinois. Once the latest investments complete construction, Amazon will have created more than 7,000 full-time jobs for Illinoisans. Full-time employees at Amazon receive competitive hourly wages and a comprehensive benefits package, including healthcare, 401(k) and company stock awards starting on day one, as well as generous maternity and parental leave benefits.

“Today’s announcement further strengthens Illinois’ position as one of the nation’s top states for logistics and distribution,” said DCEO Director Sean McCarthy. “This has been a team effort, with DCEO and Intersect Illinois working together to make possible Amazon's continued growth in Illinois. We are excited to see Amazon expand and create thousands of good-paying jobs.”

At the nearly 1-million-square-foot facility in Aurora employees will pick, pack and ship small items to customers such as books, electronics and consumer goods. The other facility, spanning 400,000-square-feet, will specialize in handling larger items like big-screen televisions.

“The City of Warrenville is looking forward to welcoming Amazon as its newest corporate neighbor along Route 59 in the City of Aurora,” said City of Warrenville Mayor David Brummel. “This project is yet another great example of municipalities and private entities working together to improve underdeveloped areas, create jobs, and grow the local economy in a responsible and sustainable manner. Warrenville is truly excited to be part of the public/private team that will make the Amazon facilities a reality.”

Illinois competed with several other states for this project, and the Department of Commerce worked tirelessly to bring these new jobs to Illinois. The EDGE program is the State’s primary mechanism to help encourage job creation and capital investment in Illinois.

“Amazon’s investment in Aurora is a testament to our growing economy, streamlined business process and dedicated workforce,” said Aurora Mayor Robert J. O’Connor. “To bring 1,000 new jobs to Aurora at one location is unprecedented and to do so via Amazon, one of the most recognized brands in the world, is monumental. It’s just as exciting to know Amazon’s commitment and care for the communities where they have offices and the potential partnerships that will be developed throughout our city. We are absolutely thrilled with Amazon’s decision to choose Aurora for its newest venture.”

In addition to competitive wages and comprehensive benefits, Amazon also offers employees innovative programs like Career Choice, where it will pre-pay 95 percent of tuition for courses related to in-demand fields, regardless of whether the skills are relevant to a career at Amazon. Since the program’s launch four years ago, more than 7,000 employees in 10 countries have pursued degrees in game design and visual communications, nursing, IT programming and radiology, to name a few.

To learn more about working at an Amazon fulfillment center, visit www.amazondelivers.jobs.