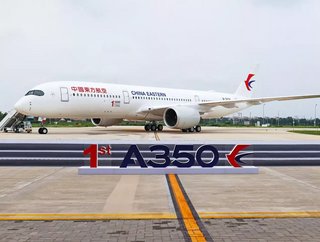 Airbus is building a “vertical integration supply chain” in China, according to reports, strengthening foothold in fastest growing aviation market

The reshaping of Airbus’ global supply chain during the pandemic will shift greater focus to China, the world’s fastest growing aviation market, according to China Daily.

Yang Xiaoyu says the strategy will “lower costs of transportation and raise efficiency”, adding that Airbus will also work collaboratively with local Chinese suppliers to bring them “in line with global standards of Airbus”, strengthening its ties and capabilities across the territory.

Further expansion into China is unsurprising given the nation’s continuing emergence as the world’s economic superpower. It is steadily becoming the world’s biggest aviation market, and is a strategic territory to Airbus for deliveries and global production.

China already accounts for around a quarter of Airbus’s global commercial aircraft production, with more than 1,700 Airbus commercial jetliners in service in China as of the end of 2018. Even under the pandemic Airbus delivered 99 plane to China in 2020 and 64 in the first half of 2021, despite on-going disruption and widespread downturn in aviation.

The country is also a strategic hotspot in Airbus’ global supply chain. The European aerospace giant established a final assembly line (FAL) in Tianjin, a port city in northeastern China, in 2008. It was the first to be built outside the borders of its four founding European countries - France, Germany, Spain and the UK.

It expanded the site to include a wide-body completion and delivery centre in 2017. In July 2021, the production site delivered the first Airbus A350 to China Eastern Airlines. George Xu, Airbus Executive Vice President and Airbus China CEO, said: “This is a new milestone in the long-term cooperation between China and Airbus, which further demonstrates Airbus’ commitment to the country.” Today Airbus has around 200 Chinese suppliers. These include a composite manufacturing centre in Harbin, as well as engineering, customer support and training centres located in Beijing.

Top image: Airbus / The first A350 delivered from China to China Eastern Airlines