Who is Malcolm Harrison, the CEO of CIPS? 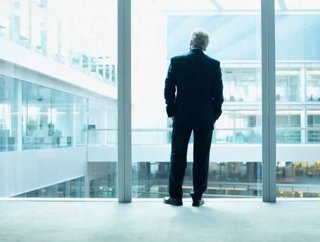 In February this year, the Chartered Institute of Procurement and Supply (CIPS) appointed its new Chief Executive Officer. The international organisati...

In February this year, the Chartered Institute of Procurement and Supply (CIPS) appointed its new Chief Executive Officer.

The international organisation and largest professional body serving procurement and supply has more than 200,000 members across 150 countries.

Malcolm Harrison joined the institution in July from the Crown Commercial Service, where he also held the position of CEO.

Harrison succeeded Gerry Walsh following the Prime Minister of the UK, Theresa May, announcing her approval for him to leave the government agency.

The CEO has years of experience within the procurement industry, initially working for Mars Confectionary and Petfoods – holding roles in Sales, Operations, Procurement, and Logistics over a period of 10 years.

Harrison then moved to Molson Coors, working in Sales and Purchasing for six years, and then made his way to become the Vice President of Global Procurement at Anheuser-Busch InBev.

Following his five-year tenure at the brewer, Harrison became the Chief Procurement Officer of Nestlé in which he focused on agricultural commodities, holding the position for four years.

Harrison moved from Nestlé to Rexam, and then to Independent Advice for Business, before joining Crown Commercial Service.

“After a lengthy recruitment process, Malcolm is a very welcome addition to the CIPS team, bringing with him a wealth of procurement and leadership experience from both the public and private sectors,” remarked Tim Richardson, Chair of the CIPS Global Board of Trustees, at the time of his appointment.

“CIPS is in great shape and Malcolm will have a solid base from which to build the next phase of growth and development for the organisation.”