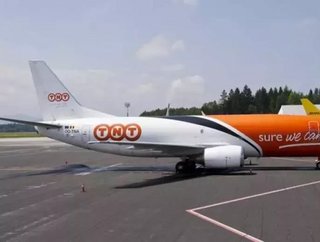 TNT has launched a flight between its main European air hub in Liege and Tunis, the capital city of Tunisia. The service will operate five times weekly...

TNT has launched a flight between its main European air hub in Liege and Tunis, the capital city of Tunisia.

The service will operate five times weekly via Marseilles, with flights arriving in Tunis every weekday before start of business and leaving the city in the evening.

The benefits for customers are: late departures for exports to Europe, early arrival times for imports, higher weight limits, short transit times to and from other cities served by TNT. The route will be operated by a Boeing 737-400 aircraft.

Tunisia does most of its trade with Europe. The country’s industries include clothing and textiles, automotive and aeronautics components, electrical and mechanical equipment, as well as pharmaceuticals.

Tunisia’s geographical proximity to the EU and its just-in-time production are major comparative advantages, which rely on sophisticated supply chain management. The addition of Tunisia to TNT’s networks meets this demand. TNT offers the choice and flexibility of delivery options for businesses that send parcels and freight to and from the country with a direct gateway to Europe and the rest of the world.

The flight to Tunisia is the latest of a series of service improvements made by TNT under its Outlook strategy. In recent months, TNT also added Malta, Tel Aviv, Venice and Hannover to its air network.