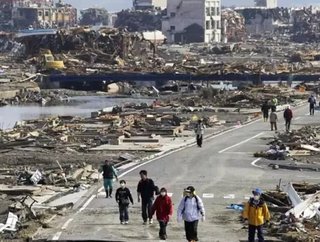 The Japan disaster is starting to affect the neighbors on the other side of the worlds largest ocean. The United States added less than a third of jobs...

The Japan disaster is starting to affect the neighbors on the other side of the world’s largest ocean.

The United States added less than a third of jobs expected in May, with just 54,000 jobs being created after it was projected that over 165,000 new jobs would be created.

The struggling job market, combined with the larger-than-expected dip in the U.S. Institute for Supply Management’s (ISM) Purchasing Managers’ Index (PMI) may lower economic expectations for the rest of 2011.

A report on The Daily Commercial News notes that the Japan disaster is at least a contributing factor in the current stagnant economy. The numbers show that manufacturing numbers in the United States is suffering.

A separate set of numbers offers some optimism, however. The U.S. Non-manufacturing index shows positive growth, however, which is a good sign. Also, online advertised job openings rose by close to 150,000 last month to a pre-recession high of 4.47 million, which indicates that job growth should increase in the near future.

Author of the report in The Daily Commercial News John Clinkard writes:

As the effects of supply chain disruptions are resolved and given the exceptionally stimulative financial conditions in both Canada and in the U.S., growth in both countries should strengthen in the second half of the year.

While the Japan disaster continues to disrupt global supply chains and hurt regional economies, the short-term outlook in the United States isn’t as bad as the numbers indicate. The number of jobs available and an expected production rise in the second half of 2011 should allow the United States economy to enjoy steady growth for the rest of the year.