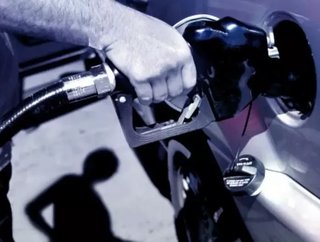 In the UK, The Freight Transport Association (FTA) has written to the Chancellor of the Exchequer George Osborne ahead of his Autumn Statement on Decem...

In the UK, The Freight Transport Association (FTA) has written to the Chancellor of the Exchequer George Osborne ahead of his Autumn Statement on December 5, asking him to confirm his commitment to freeze fuel duty until 2015 in order to stimulate economic growth and give businesses confidence to invest in the future.

The FTA say that Osborne has shown a continuous reluctance to increase fuel duty, and in his speech to the Conservative party conference in September he said that he wanted to freeze fuel duty for the rest of this Parliament. However, this came with the significant caveat "provided we can find the savings to pay for it."

Theo de Pencier, FTA's Chief Executive, said: "While we appreciate the difficult trading and fiscal conditions that persist, and the constraints which these impose, we have written to the Chancellor urging him to confirm his commitment to freeze fuel duty until 2015. We believe that such a step would provide just the kind of stability needed to give businesses the confidence to invest in the future - but he can go even further."

FTA and its partners in the FairFuelUK Campaign have extensively briefed the Treasury on the economic benefits of a reduction in fuel duty. Two studies – the first by the Centre for Economics and Business Research and the second (on the Treasury's recommendation) by the National Institute for Economic and Social Research - have shown that a change of approach could deliver significant benefits, including creating jobs, boosting GDP, and in some circumstances, delivering a net increase in tax revenues. The modelling shows the effects to be optimised at a reduction of 3ppl - this is the amount by which FTA has urged the Chancellor to reduce fuel duty.

The FTA say the Chancellor could go still further by announcing an extension of the existing policy of fixing duty rates for road fuel gases relative to diesel rates to at least the next 10 years, and by introducing incentives for low emissions truck technologies via the capital allowances system. This would provide confidence for operators considering investment in these lower emission heavy goods vehicles. The association has also made a strong case for the reinstatement of the duty differential for used cooking oil as a bio-fuel in commercial vehicles.

FTA has also taken the opportunity, with the introduction of the HGV Road User Levy from April 2014, to underline that it is vital for VED rates for heavy goods vehicles to be set at levels which ensure no additional costs will apply to UK operators once the Levy is introduced.

De Pencier added: "When the Chancellor delivers his Autumn Statement on 5 December, he must take the steps needed to ease the burden of fuel duty and help hard working families and the countless businesses that rely on road transport to deliver their goods and services."