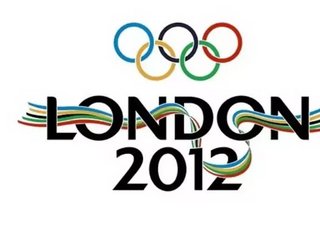 The 2012 London Olympics may be almost a year away, but that hasnt stopped supply chain professionals in the UK from ramping up their efforts to prepar...

The 2012 London Olympics may be almost a year away, but that hasn’t stopped supply chain professionals in the UK from ramping up their efforts to prepare for the games.

The Transport for London (TfL) sent out new online postal routing data to freight procurement professionals that will be responsible for deliveries during the 2012 Olympics.

The information from the TfL can be used to check whether particular postal codes will be affected by the Olympic Route Network, Central London Zone or other events that are scheduled to take place during the Game.

Earlier this week, procurement and supply chain professionals in the UK took advantage of the resources available at the Freight Forum 2012, which featured topics covering the logistical challenges posed by the 2012 London Olympics.

“Last week’s freight forum was an invaluable source of intelligence about what those involved in making and receiving deliveries will need to keep London running during the Games,” TfL Managing Director of Surface Transportation Leon Daniels said.

The 2012 Olympics are expected to draw 5.3 million tourists to London, which will undoubtedly create transportation and logistics problems in and around the city.

Remarkably, many businesses in London don’t view the 2012 Olympics as a challenge.

Colin Stanbridge, chief executive of the London Chamber of Commerce, warned that “businesses are going to have to wake up to the fact that London is going to be a different place (during the Olympics)."

Last month, Oracle’s Andrew Spence spoke exclusively with Supply Chain Digital, saying that many of the city’s businesses have all the information necessary to properly prepare for the Games.

“We’ve seen a couple events that have really been unpredictable with the [Chilean] ash cloud and the [Japanese] tsunami,” Spence said. “The Olympic Games is not about being reactive, it’s about being proactive.

“We know exactly where it’s going to happen. We know exactly how many people are going to be there. We know when it is; if people just use the information that’s at hand, this shouldn’t be that big of a problem.”