UK IT procurement could see changes 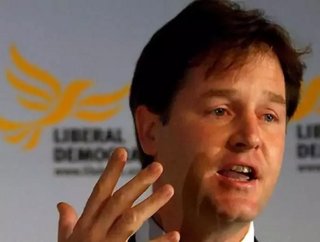 Government IT procurement could undergo a major overhaul in the United Kingdom. Liberal democrats, including Nick Clegg, are pushing for a government o...

Government IT procurement could undergo a major overhaul in the United Kingdom.

Liberal democrats, including Nick Clegg, are pushing for a government office that will manage procurement for major IT projects. According to the proposal, the government body would oversee all procurement operations and promote collaboration between government departments.

“The coalition government has introduced an aspiration that 25 percent of all government contracts should be awarded to SMEs, but we believe that in IT procurement this could be increased yet further,” the proposal said.

According to SupplyManagement.com, the movement is part of “a larger aim of the (Democratic) party to try to close the government skills gap.”

The next step in the litigation is to have the proposal lobbied to be adopted by the government.

Oracle on greening the supply chain

In related news, the UK government is expected to announce this week that it is doing away with the NHS National Programme for IT after it was concluded by the National Audit Office and the Committee of Public Accounts (PAC) that it provided very little value for the investment.

“It is deeply worrying to hear that NAO ‘has no grounds for confidence’ that the remaining planned spending on the care records system will provide value for money,” PAC chairwoman Margaret Hodge said.