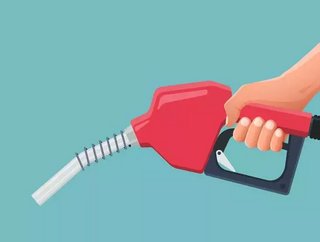 Leading French energy company Total announced today the commencement of production at its new fuel refinement plant in southeastern France. The La Mède biorefinery, previously a traditional oil refinery, now produces biofuel. The conversion project was launched in 2015 and represents an expenditure by Total of over US$310mn.

The facility is now comprised of a biorefinery with a capacity of 500,000 tonnes of biofuel per year, an 8MW solar farm, a 1.3mn cubic meter logistics and storage hub, and a 2,500 annual capacity training centre.

La Mède will produce both biodiesel and biojet fuel for the aviation industry. It was specifically designed to process all types of oil. Its biofuels will be 60 to 70% from made up of 100% sustainable vegetable oils (rapeseed, palm, sunflower, etc.) and 30 to 40% comprised of treated waste (animal fats, cooking oil, residues, etc.) to promote a circular economy.

As part of an agreement with the French Government in May 2018, Total has pledged to process no more than 300,000 tonnes of palm oil per year — less than 50% of the total volume of raw materials needed — and at least 50,000 tonnes of French-grown rapeseed, creating another market for domestic agriculture.

“I’d like to thank the teams for all their hard work these last four years to convert our La Mède refinery,” said Bernard Pinatel, President, Refining & Chemicals. “Biofuels are fully renewable and an immediately available solution to cut carbon emissions from ground and air transportation. When produced from sustainable raw materials, as at La Mède, they emit over 50% less carbon than fossil fuels. Our biorefinery will allow us to make biofuels in France that were previously imported.”

In addition to the opening of the new facility, Total is taking steps to ensure that the 300,000 tonnes of palm oil that are processed each year are procured in the most sustainable way possible.

The company has added its own tighter controls and auditing of sustainability and respect for human rights to certification, selecting responsible suppliers and limiting their number, so that improvement plans can be jointly drafted and verifiably deployed, according to a company press release.

Suppliers will be required to join the Roundtable on Sustainable Palm Oil, an organization created in 2004 by producers, manufacturers and NGOs to promote responsible, sustainable palm oil production.

In order to create further transparency in its supply chain, Total is publishing the list of mills from which its palm oil is sourced on its website after every delivery.