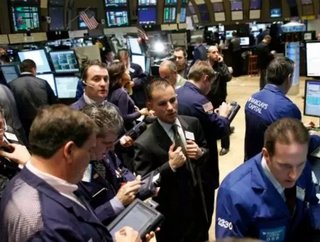 Written by Nick Mercurio and Jacob Donnelly of ThomasNet.com For many companies, doing business in the public sector is not simply a choice, but a nece...

Written by Nick Mercurio and Jacob Donnelly of ThomasNet.com

For those new to the concept, bidding takes place when an agency puts out a contract detailing a job it needs done – such as building an addition to its office by the coming summer – and other companies submit a bid detailing how much money they can complete the project for. The company with the lowest bid wins. Simple as that.

While there are clear differences, plenty of helpful comparisons can be made between bidding and applying for a job. With this in mind, let's get to some tips for bidding.

If you had a marketing degree, would you apply for a job as a computer programmer? Sure, you could buy every book on computer programming and try to get yourself up to speed, but at the end of the day it's not your skill set and the people you'll be up against will probably have more experience.

Likewise, don't bid on a contract that requires proficiency beyond your company's skill set. If your company does renovations, bidding on a contract to build from scratch probably isn't in your best interest. Although you could probably reconfigure your resources to handle the job, it would be a lot of labor on your part before even beginning the actual contract work, and the companies you're up against can probably do the job better and quicker.

Let's stick with our marketing professional. Now that you've decided to apply for marketing jobs and forgo the computer programming positions, can you do the job you're applying for? For example, let's say that you've only had experience doing internet marketing for a local business. You could stretch your credentials a bit on paper and apply for a position heading up an international marketing campaign, but what are you going to say if the employer calls you in for an interview? What if you somehow manage to land the job? If you can't do the work, all you've done is waste that company's time and your own, tarnishing your reputation in the process.

Put simply: if you can't do the job, don't pretend you can.

We all received the same advice when we first started applying for jobs: It doesn't matter if you don't like the job, just get your foot in the door. If you want to work as a big-time editor, don't hold out for that prestigious assistant editor position. Get a job in the mailroom and work your way up from there.

The same thing is true for bidding on contracts. Maybe there isn’t a lot of profit to be had on a particular job, but if it will build your reputation for the kind of work you want to be doing, it may be worth your while. For instance, if your goal is to work on big contracts for the Department of Defense, a small government contract isn't a bad place to start.

Taking a smaller contract, even if the profit isn’t much, can be a great stepping stone for future, bigger projects.

Put yourself once again in the shoes of our job-seeking marketing professional. How much money are you looking to make? What's your ideal amount? How about your minimum?

All of that depends on the job, of course. For one of the world's top marketing agencies, it might be a worthwhile investment to take a lower paying job, the idea being that the career opportunity makes up for the slimmer pay. That isn’t always the case, however.

When putting together a bid, the first step is to calculate your costs. Obviously, your bid will be higher than the estimate costs because you want to make some profit. The question then becomes how much. For that foot-in-the-door government job, maybe you submit a bid with a 5 percent profit. But for a more laborious job that's really going to tax your patience and the patience of your workers, the bid might have a 20 percent profit tacked on, or even a 50 percent profit.

One thing to be careful of is not to sell yourself short – you don't want to be the lowest bidder by an inordinate amount. As in the case of the job application, you do your research. When the recruiter asks how much you're looking to make for a job you've learned generally pays $50,000, you don't want to say you're looking to make $25,000-$30,000.

While bidding too high will cause you to lose the contract, bidding too low could mean your company loses out on potential profits.

Did you submit your bid after the deadline? You're out. Did you forget to hand in all the forms? Too bad.

When it comes to guidelines for a bid, there is zero wiggle room. Sorry to all you rebellious bidders, but these rules are not meant to be broken. You wouldn't send in a job application without your résumé, so don't submit a bid without all of the necessary forms. And because it bears repeating – don't miss the deadline.

That's it. Now you're ready to start bidding on contracts (or launch your career in marketing)!