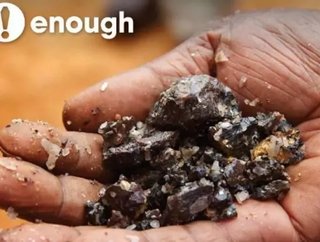 Follow @WDMEllaCopeland A number of leading electronic firms including Intel, HP, Motorola Solutions and Apple have cleaned up their supply chains, sou...

A number of leading electronic firms including Intel, HP, Motorola Solutions and Apple have cleaned up their supply chains, sourcing ‘Conflict Minerals’ such as tin, tantalum and tungsten from ethical sources.

According to rankings by Enough: the project to end genocide and crimes against humanity, a large number of top companies have made great progress, establishing conflict minerals programs that make sure that funds for conflict minerals do not reach armed groups in Congo.

The minerals tin, tantalum and tungsten are used in the manufacturing of electronic equipment, as components of the vibrating facility in mobile phones, computer circuit boards and capacitors. The funds used to purchase these materials, which are found predominantly in Congo and its surrounding countries, is considered to have a hand in the war in Congo, which has claimed 5.4 million lives.

The move by companies to become more ethical is attributed to the US Securities and Exchange Commission’s (SEC) Dodd-Frank financial reform law, of which a small section will legally require manufacturers to disclose whether they buy conflict metals. The law is expected to be voted on today, where the SEC is expected to adopt the ruling.

The annual rankings by Enough aim to provide consumers with information about which suppliers are doing the best job of sourcing their materials ethically. The report found that Intel, HP and Motorola Solutions were ranked the highest, in addition to a special mention for Apple, which named an industry leader following its decision to identify the number of it’s smelets, in addition to requiring it’s suppliers to use on certified conflict-free smelters.

Companies who also ranked well include SanDisk, Phillips, Sony, Panasonic, RIM and AMD, who trace back into their supply chains and joining a smelter audit program. Companies like Nintendo, however have made no known effort to audit its supply chain.

“HP and Intel have gone above and beyond the call of duty on conflict minerals,” said Sasha Lezhnev, co-author of the report and Enough Project Senior Policy Analyst. “It is now time to level the playing field for all companies, and the Securities and Exchange Commission has a key role to play in its upcoming vote on the rules for the conflict minerals law on August 22. The SEC should ensure that retailers and all firms that use the minerals are covered by the rules and that there is not a long phase-in period. Otherwise, the Intels and HPs will be left unfairly holding the bag for a problem that belongs to thousands of companies that have been turning a blind eye to this problem for years.”