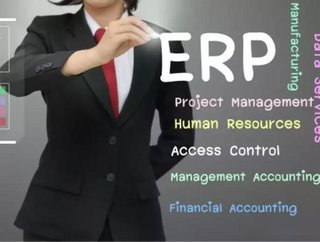 A survey of of 190 financial and IT decision makers by integrated business systems provider, K3 FDS, has revealed continuing disappointment among UK businesses with their ERP (Enterprise Resource Planning) implementations.

Despite the industry’s focus on simplifying IT, four out of five IT and finance directors were not totally satisfied (79 per cent) with the roll-out of their ERP project, while just eight per cent deemed their new system easy to use, despite 93 per cent believing it was critical to their business.

Overspend remains a massive source of frustration. According to the study of 190 financial and IT decision makers, on average, businesses exceed their original budget by almost a fifth (18 per cent), costing the average mid-market UK business an additional £76,000.

The research suggests a lack of transparency is at the heart of the issue. Almost three quarters (71 per cent) believe technology partners could be more transparent when it comes to the total cost of the project, while a third admit they are unsure about the level of honesty offered by their partners. And although organisations continue to move applications and infrastructure into the cloud, for two thirds (60 per cent) of respondents, transparency is far more important than where it’s hosted.

Andrew Fox, Managing Director K3 FDS, said: “A company’s ability to see a return on an ERP project often depends on how quickly it can deploy the new system, and whether it’s in line with what was promised at the outset. Given ERP is one of the biggest IT investments businesses make, particularly for mid-size organisations, any delay or overspends can have a massive impact. It seems the industry still has a long, long way to go in delivering the transparency customers are demanding.”

Unnecessary complexity is also hindering successful roll-outs.  Half (48 per cent) of respondents find the range of ERP solutions on offer confusing  and well over half (56 per cent) would be happy to have a more standardised solution if it meant significant savings were made to both project time and budget.

Andrew Fox K3 FDS, adds: “When customisation increases, so does the cost and complexity of ERP projects, so it makes sense to keep implementations as standardised as possible, focussing on the customisations that really add value. This is clearly not happening enough. At the heart of this is investing significantly more time at the start of an implementation to scope out and agree what success looks like. It’s also crucial that businesses have an on-going dialogue throughout the process with their partners, and are comfortable that they fully understand what is happening at every stage of implementation. This is the bedrock of the transparency that’s missing.”

The research was commissioned by K3 FDS and carried out by Vanson Bourne in September 2013 among 190 FDMs and ITDMs at companies with 100-1,000 employees. Just seven per cent of respondents said ERP solutions were ‘not at all critical’ to their business.