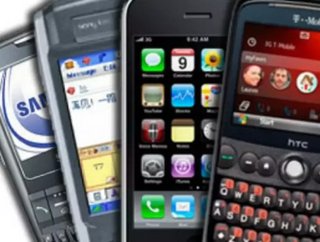 Follow @WDMEllaCopeland Tech lovers are waiting in anticipation for a wave of new smartphones this autumn, following announcements about new devices by...

Tech lovers are waiting in anticipation for a wave of new smartphones this autumn, following announcements about new devices by a number of major brands. However, members within the electronics industry are concerned that there may not be enough chips to meet the demand for these products.

Companies like Samsung and Sony have already announced new smartphones, and the likes of Nokia, Motorola and Amazon.com are expected to join the ranks and announce new devices soon. This is in addition to an anticipated announcement by Apple that their iPhone 5 is on the way, which is expected to occur this September.

Despite these expectations, the electronics industry is bracing itself for a potential shortage of high-end chips for mobile devices, which is causing concern that even at full capacity the suppliers will be unable to meet demand.

Recently Bill Keitel, the CFO of the leading chip designer Qualcomm was quoted by Marketwatch as being “disappointed that we can’t meet all the demand customers have on the time frame they have placed it on us. But having said that, given that situation, we are doing all we can to ramp the supply as quickly as possible.”

A producer of key elements for the modems in smartphones and application processors, Qualcomm supplies chips for Apple’s iPhone 4S amongst other devices.

This shortage is thought to be due to an industry shift, where manufacturers are moving over to a different production technology process which allows developers to produce smaller, less expensive chips.

These changes entail capital and production costs, which often hurt margins in the initial phase of new process technology.

Graphic chip provider Nvidia also raised the issue this month, when CEO Jen-Hsun-Huang told analysts that the company was “expecting to be supply constrained.”

A major part of the shortage is the ability of foundries, which complete the manufacturers for chip designers. These foundries are often struggling to keep up with demand, as they have been struggling with rising tool costs and uneven demand.