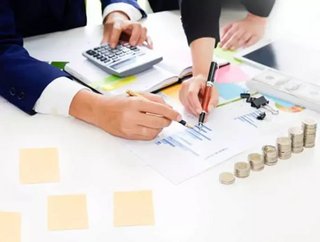 New research has shown that the heavy burden of supplier invoice processing is leaving UK finance teams struggling with productivity. A study by Wax Di...

New research has shown that the heavy burden of supplier invoice processing is leaving UK finance teams struggling with productivity.

A study by Wax Digital fund that 82% finance professionals surveyed said that poor invoice process management was impacting their teams’ ability to perform effectively and leading to low job satisfaction.

60% say that processing supplier invoices is the most hated aspect of the job amongst their team, 70% find it laborious and tedious, and it causes frustration for 69%.

Over half of the finance people surveyed regularly have to deal with suppliers issuing invoices with incorrect financial values and 37% said that the wrong or missing PO numbers and non-matching line items are also common problems.

For 34% missing VAT numbers were another frequent bugbear and 31% said that invoices often arrive addressed to the wrong legal entity within the business.

While there is a clear appreciation of the pitfalls and problems posed by invoice management, the answer is equally apparent, the report said.

Some 97% of those surveyed believe that automated invoice processing or eInvoicing would improve their team’s job fulfilment and 99% see opportunities to reallocate personnel who are manually processing invoices to more useful tasks.

46% would move people to work on process improvements and 45% would get people to find new solutions to managing errors.

“As our survey shows, the ramifications of not having automated invoice management processes extend beyond organisational efficiency to team morale and personal performance.

“The big gains however come in actually being able to reduce the cost to process a purchase order requisition through to payment, which can be in the region of £25 to £40 per order. Multiply this by the vast number of orders an organisation makes and the benefits of invoice automation become clear.”