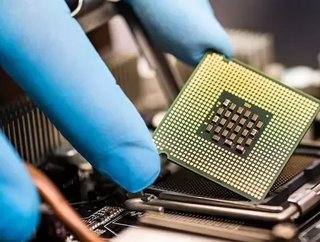 Supply Chain digital discusses how suppliers, STMicroelectronics and Infineon, are calling out for customers to adapt after chip shortage...

It is easy to forget technology that we use daily has been constructed with multiple components that are present in various other products. The semiconductor is a vital component that is required for developments in all technology use in private and public sector operations.

As product development is becoming increasingly faster, the demand for consumer electronic goods is higher than ever. As the chip shortage continues to cause problems, suppliers are pushing back against customer demand and calling out for changes to be made to their inventory and production processes.

Although the Covid-19 pandemic has played its role in the Chip shortage, it is not the only cause. As developments in technology are happening at a faster rate, technology companies have been gearing up for the production of the next generation of semiconductor.

It’s clear that chip manufacturers are pushing for companies to better manage the demand for the components.

During a discussion with the Financial Times, Jean-Marc Chéry, Chief Executive of STMicroelectronics, explained how the company’s relationship with some customers has been “unbalanced in the past.” This is likely due to the developing ‘Just-In-Time’ practices followed by many large manufacturers, which causes a struggle over who will pay the cost of keeping inventory. Currently, this responsibility lies with the supplier.

Chéry explains that “If they expect the semiconductor [suppliers] to be the bank, to keep having a big working capital to support them, they can forget it.”

European chipmaker Infineon has given similar comments recently, stating that automotive companies need to adapt their processes to procure the chips. It is expected the worst of the shortage will ease by the end of this year, hopefully giving companies time to reflect on the situation.

Action from the Automotive Industry

Around 10% of semiconductor sales are with the automotive sector. According to STMicroelectronics, the figure is nearer 30%.

Jim Farley, Chief Executive of Ford, spoke to the Financial Times on the subject. Farley seems to be on board with the changes suggested by chipmakers as he talks about how he wants to rethink the company’s approach to procuring the components.

“It was very interesting for me personally as the CEO to talk to many of our colleagues in other industries and to find out how common buffer stocks are, and how common direct buys are with the foundries, even if the company still buys the components with the chips on them from a supplier,” said Farley.

Jacques Ascenbroich, Chief Executive of French tier-one parts supplier Valeo, is on the opposing side of the argument. “You have the equivalent of a 100-year flood hitting the sector . . . Does that have to call into question the whole supply chain? I do not believe so.”