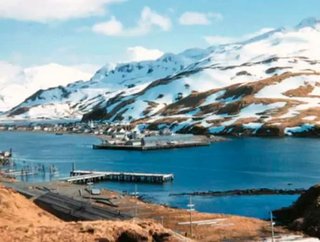 The Noble Discoverer slipped from its hold in Unalaska Bay, Alaska, drifting towards Dutch Harbor and igniting the fears of environmentalists and loca...

The Noble Discoverer slipped from its hold in Unalaska Bay, Alaska, drifting towards Dutch Harbor and igniting the fears of environmentalists and locals who have fought against the Arctic drilling project since its inception. The Discoverer drifted approximately 100 yards before being towed back to its previous location by the Lauren Foss, a support vessel, said Shell spokesman Curtis Smith in an interview with CNN.

Shell has sent more than two dozen ships to the Beaufort and Chukchi seas surrounding the Aleutian Islands to drill “exploration wells.” While promising thousands of jobs for natives and an economic boom, Shell Oil Alaska Vice President Pete Slaiby told CNN that drilling in the arctic would be the “most complex, most difficult wells we’ve drilled in company history.” The oil natural resource this project would provide stands to stimulate supply chains from procurement to transportation and invigorate surrounding economies.

The Bureau of Ocean Energy Management (BOEM) and Environmental Protection Agency (EPA) have issued permits that allowed the Noble Discoverer and other ships to begin exploratory drilling to establish the possibilities for oil drilling in the area, according to Maritime Professional. Along with the Inuit native, Greenpeace has led the organized effort against the Alaskan drilling, facilitating on -vessel protests from activists who boarded the ship during its previous stay in New Zealand. Shell was granted an injunction that forced these people to evacuate the ship “sit-in” of sorts.

While the Discoverer appears not to have been damaged during the “slip,” according to Shell, they have begun a thorough exterior and interior examination of the hull to assure its steadfastness. The 514-foot ship is nearly 50 years old, built in 1966 as a bulk carrier and converted to a drill ship in 1976.

Slaibly has announced a planned investigation into the causes and preventative measures that may be needed as a result of the incident, but said the anchor used in the Dutch Harbor incident was much lighter than what would be used in Arctic offshore drilling. This incident will likely continue the longstanding battle between Shell Oil and those Alaskans who receive the brunt of the risk because of Shell’s offshore drilling.