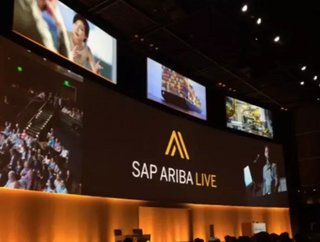 SAP Ariba and Mercateo have announced a new partnership which will see the companies combine expertise and resources in what is being described as a...

SAP Ariba and Mercateo have announced a new partnership which will see the companies combine expertise and resources in what is being described as a “game changer” for the spot-buying market.

Combating B2B tail spend is a challenge for all companies with cross-border trade in Europe presenting its own hurdles, particularly when it comes to invoicing.

SAP Ariba’s Tony Alvarez admitted as much and says that Mercateo’s Unite, which is a neutral platform allowing sellers to put up content to show buyers, made it a no-brainer to team up with the German company.

Alvarez, who is a General Manager for SAP Ariba spot buying services said: “When I saw what Mercateo had to offer in terms of the platform, it was a case of ‘guess what I’m looking for!’

“The whole intent of Spot Buy and the reason it fits so well with the Mercateo Unite platform is because we want people to do things once.

“If you’re a large buyer for us, or a software user, we want to have content ready-enabled so that you can buy it through our software and we want to make that super-easy and Mercateo is trying to make the same solution easy for sellers."

In that regard, it would appear to be a partnership which makes complete sense and Dr Bernd Schönwälder, MD of Mercateo, agrees.

“What both companies have in their DNA is the idea of connecting buyers and sellers, and through Ariba Spot But and Mercateo Unite, the cost of maintaining the relationship is so low.

“I think this will be the slow friction of supplier onboarding and I think it will change the game."

SAP Ariba said the alliance will transform ad-hoc purchasing for enterprises across the Continent by matching buyer demand with seller supply in an efficient and trusted digital marketplace to drive a 'simple, more transparent process that delivers flexibility and savings to buyers as well as opportunities to sellers'.

The new relationship is expected to give customers a wealth of control and July will see a pilot phase take place amongst Mercateo shop sellers in the UK, Germany and France, before the programme is rolled out more widely in January of next year.

An additional 11 countries in Europe will be targeted in 2018 and, should Mercateo expand as they intend to, that number could well increase.

SAP Ariba says that buyers across the board seem impressed because the company can finally go in and ask them to upload content, whereas from Mercateo’s point of view, sellers say they are motivated by the prospect of plugging into SAP Ariba’s network.

Both companies are keen to see what the partnership can accomplish, with Alvarez saying his excitement levels are “off the charts”.

Schönwälder added: “It really is incredible and exciting, because the e-procurement market in indirect spend is so huge that if we both, supported by our companies manage to change this game, then it’s huge."