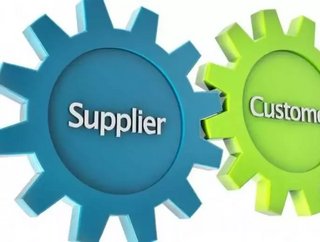 New research has revealed that large UK manufacturers lost in the region of &pound;58 million during 2013 dealing with the fall-out from supply chain di...

New research has revealed that large UK manufacturers lost in the region of £58 million during 2013 dealing with the fall-out from supply chain disruptions.

Results of a survey commissioned by global supply chain risk management company, Achilles, shows the average cost of all supply chain disruptions was £105,000 per manufacturer and most could have been prevented.

The survey was carried out among procurement professionals from 108 manufacturing companies with 250 plus employees.

The top findings revealed manufacturers were hardest hit by supply chain disruptions and more than half of those surveyed suffered from failure to deliver products of the required quality costing the industry an estimated total of £20.4 million.

A total of 61percent of manufacturers suffered from failures of delivering on time creating an average bill per disruption of £55,000.

One third of manufacturers, 32 percent, experienced the financial failure of a supplier with 46 percent paying a financial price.

Adrian Chamberlain, Chief Executive of Achilles, said: “This research shows that manufacturers are paying a heavy price for supply chain failures; many of which could be prevented.

“In our experience, efforts to improve information about the supply chain work best when whole industries, such as oil and gas, work collaboratively to agree and implement standardised requirements of all suppliers in terms of business critical areas, such as health and safety to reduce the burden of administration.

“They can then manage the information on a global, centralised database, implementing the same high standards not only in the UK but in every country in which they operate.

“With a significant impact on the bottom line, addressing supply chain failure should be at the forefront of people’s minds, because the cost will be felt not only by industry but also shareholders and consumers.”