Report: 'Obscene' waste of money in UK IT procurement 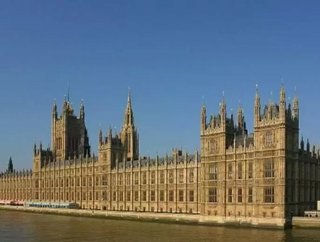 The UK government was blasted by a report that claims that 80 percent of the central governments IT procurement work is undertaken by just 18 suppliers...

The UK government was blasted by a report that claims that 80 percent of the central government’s IT procurement work is undertaken by just 18 suppliers, and that Parliament has “wasted an obscene amount of public money” on IT procurement.

The scathing report, titled Government and IT – A Recipe for Rip-Offs: Time for a New Approach, states that a monopoly of sorts has been created in government IT by a small number of large suppliers.

The report is good news for SMEs hoping to enter the market, as the report states that “too much power and money” has been committed “to a single suppliers.”

Public sector procurement problems within the UK stem from a lack of benchmarking, according to the report.

“The poor benchmarking of central government’s IT expenditure is unacceptable,” the report read. “Without this information, it will not be possible for the government to advance effectively its cost reduction agenda.

“The government should investigate the claims of overcharging, and seek to identify reliable and comparable cost SMEs that by speaking openly to the government about innovative ideas they risk losing future business, particularly if they are already in a sub-contracting relationship with an SI," the report read. "The government should reiterate its willingness to speak to SMEs directly and commit to meeting SMEs in private where this is requested."

The report concluded with a call to action by the UK government to safeguard itself against unfair IT procurement practices.

"Without the ability to engage with IT suppliers as an intelligent customer – able to secure the most efficient deal and benchmark its costs – and to understand the role technology can play in the delivery of public services, government is doomed to repeat the mistakes of the past,” the report concluded.