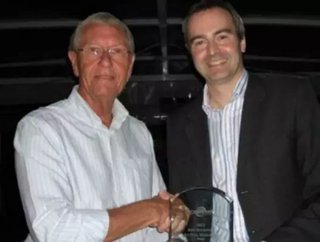 Q8Aviation has been voted Best Regional Marketer inEuropein the 2012 Armbrust Annual Survey, the leading independent survey that seeks the views of air...

Q8Aviation has been voted Best Regional Marketer in Europe in the 2012 Armbrust Annual Survey, the leading independent survey that seeks the views of airline customers on fuel operators' performance. This is the third year running and the eighth time out of the last ten years of the awards that Q8Aviation has won the accolade of top fuel supplier in Europe. Almost half of the airlines surveyed voted Q8Aviation as their top choice.

The award was presented to Julian Amesbury, Commercial Director at Q8Aviation, at the IATA Fuel Forum in Berlin on 8th May.

Fadel Al-Faraj, General Manager of Q8Aviation, comments: 'It is a great pleasure to win this award again, particularly as we have been chosen by those who matter most - our airline customers. Our team at Q8Aviation is committed to continuous improvement in all aspects of our service and we will continue to push for even higher standards in future.'

The seventeenth Armbrust Survey attracted nearly 100 responses from airlines representing around 75 per cent of the jet fuel bought and sold worldwide. In a rigorous questionnaire, airlines were asked to rank fuel operators against five service criteria covering the whole range of business activities from operational quality through to price and backroom support.

Armbrust's International Director, Keith Carter, says: 'I was delighted to announce that Q8Aviation has been voted into the number one spot for the third year running, with clear daylight between them and their competitors. It shows a real commitment to the industry. I would also like to thank everyone who contributed to the Survey, ensuring that it continues to be the premier measure of overall performance in our challenging business.'

The Armbrust Aviation Group acts as a consultant to airlines, airports, fuel producers and distributors, and government agencies; it publishes the monthly Jet Fuel Report.

Q8Aviation is a fast-growing dynamic company and one of the world's leading marketers of aviation fuel. As a subsidiary of a major oil producer, Kuwait Petroleum Corporation, it has the unique claim of a service that stretches 'safely from well head to wing tip'. It operates a jet fuel service at many of the world's leading international and regional airport.