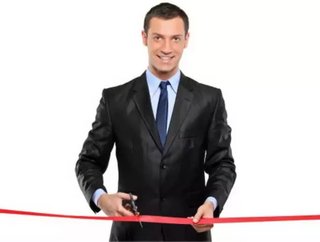 But this situation may be about to change following the agreement by the European Parliament recently of a package of new procurement directives aimed at cutting red tape and increasing the opportunities for SMEs to participate.

By introducing a standard “European Single Procurement Document” it is hoped that the public sector bidding process will become significantly easier for SMEs to take part in. Based on self-declarations, the new document will require only winning bidders to provide original documentation, which will, according to the European Parliament, reduce the administrative burden by more than 80 percent.

The new directives will also require public sector organisations to break up large contracts into smaller lots, making them more accessible to smaller firms and potentially saving them up to 60 percent of current bidding costs.

The UK government has welcomed these reforms in light of its aim that, by 2015, a quarter of government spend will be with smaller businesses.

Most expensive process in Europe

Last year Gatewit commissioned the Centre for Economics and Business Research (CEBR) to look into the current state of public sector procurement in the UK, and its findings demonstrate just why these new directives should be welcomed by those smaller businesses looking to compete with larger players for government contracts.

CEBR’s research found that the average cost of a procurement competition in the UK public sector is £45,200; 90 percent higher than the EU average of £23,900 and the highest in the European Union.

The UK is also one of the most expensive countries in Europe in which to attract bids from a potential supplier during a competitive process. At an average of £1,260, the cost of attracting a tender in the UK is 58 percent higher than the EU average of £800, and only Denmark, Norway and Italy record higher costs.

And, at 53 days longer than the EU average, the length of public sector procurement competitions in the UK is likely to be a contributory factor in the high costs of the overall process.

It’s clear then, that with figures such as these, why a number of firms in the private sector have little enthusiasm for tendering for public sector contracts. Smaller businesses in particular can find these high costs and lengthy timescales especially prohibitive, leaving them unable or unwilling to take part in a competition.

Fewer firms are, therefore, currently submitting tenders, leaving the public sector with a restricted, and potentially more expensive, choice of larger suppliers from which to choose.

Despite this though, CEBR’s investigations revealed that UK public sector procurement competitions receive more bids per contract than the European average.

Any steps, such as the new directives, that will not only maintain this but also increase competition should be welcomed as a likely means of ensuring greater value for both buyers and sellers.

Once the new directives become law in the next two years, a number of small and medium businesses will have the opportunity to experience the public sector procurement process for the first time. However, although the requirements for bidding will be lessened as a result of the new directives, these firms will still be required to make a significant investment in terms of time, money and resources, all of which will require consideration.

Regardless of this, it’s highly likely that most small and medium-sized businesses will welcome any reform that gives them a chance to become competitively involved in public sector procurement.

So, while CEBR’s research demonstrates that the current process is far from ideal for SMEs looking to participate in a public sector procurement competition, there appears to be a glimmer of hope on the horizon. By bringing down the barriers to entry represented by high costs, lengthy processes and overwhelming bureaucracy, the new directives from the European Parliament might be what’s required to improve the process for buyers and sellers alike.