The Power of Analytics, Part One 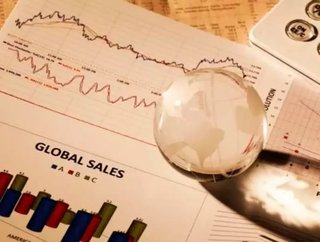 Fourteen years ago, two young men by the name of Larry and Sergey collaborated on a search engine called BackRub. Their ambitious mission was to “organize a seemingly infinite amount of information on the web.” They decided that BackRub needed a new name to reflect their goals, and chose a play on the word “googol”, the mathematical term for the number represented by the digit 1 followed by 100 zeros. It’s catchier than ten duotrigintillion. And so, Google was born.

However, to be more accurate, Larry and Sergey’s goal was actually to try to organize the infinite amount of data on the web. Data is factual measurements or statistics, which are used as a basis for reasoning, discussion or calculation.  Information on the other hand, is the knowledge gained from investigation, study or instruction.  Information is what searchers or ‘Googlers’ learn from the search results. Because of Google’s simple user interface and indexing algorithms, people are able to easily access the data, and glean from it the information they needed.

Unfortunately not all data problems can be solved with Google. Businesses around the world generate huge volumes of data.  History has shown us the difficulty of extracting information from the data.  Access to data is not equivalent to the use of decisional or actionable information that can be extracted from the data. Gaining visibility into the process has meant sifting through dozens of tabs of transactional data. Traditionally, reporting has been slow and cumbersome, taking weeks to analyze and submit to senior management.  Business leaders often didn’t have the information needed to make critical decisions in a timely manner. This left companies in the position to only react to situations as opposed to proactively prevent them.  As ever though, technology is changing the game.

Business Analytics software is creating buzz in the corporate world as an opportunity to solve problems, improve outcomes and predict trends in many aspects of a business.  Across multiple industries, Business Analytics is demonstrating the ability to take statistical data and transform it into meaningful, actionable information.

The Power to Problem Solve

The data used in Business Analytics can come from either an external or internal source, but just like Google indexed data for users, technology can unleash the information to analyze the figures provided. Some companies choose to go the internal programming route, but there are inherent dangers when depending on one person to build a platform from scratch.

The problem they sought to solve was not to predict the number of fires, but rather identify areas that are higher risk than other.  Ultimately they selected to purchase existing analytic software to be more manageable and flexible than their previous efforts. Their analysts integrated external data like demographic data on income and geographic information to assess the risk of fire happenings. By identifying at-risk neighborhoods, they were able to target their prevention awareness to areas that needed it the most.

Come back tomorrow for Part Two of the series!