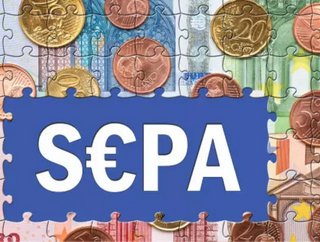 With SEPA fast approaching, is your business ready? Equally important, is your enterprise resource planning (ERP) system ready? This article explores the importance of SEPA and the changes necessary within your ERP system to achieve compliance in advance of the February 2014 deadline (EU-member states with a non-Euro currency will need to have adopted SEPA by October 31, 2016).

Electronic banking has been around for many years, however each country, and often each bank has required data to be formatted according to a proprietary standard. In a drive to reduce the cost of electronic payments and to simplify cross-border transactions the EU has created a set of standards and common payment instruments to be used with a common payment area (known as SEPA).

SEPA is expanding across Europe and many countries are requiring all supplier payments to be executed using regional SEPA standard. Within the EU, companies making and receiving payments in Euros will find an increasing need to use the SEPA standard.

As of August 2013, SEPA impacts 33 different countries including the so-called “EU-28” and Iceland, Liechtenstein, Monaco, Norway and Switzerland. Each country within the area will be able to adopt the standard or extend it with additional requirements; however, due to the way XML works this will not break interoperability. As such, it’s important to make sure your ERP system supports the standard SEPA messages for instructing a bank to make a payment on behalf of a customer.

Why is SEPA important?
Trade is built around an exchange of goods or services for either goods or services of equal value, or some form of monetary compensation. Management of the transfer of funds for goods and services in multiple countries has resulted in increased complexity for banks, financial authorities, and payment brokers, as well as increased costs for payers and payees.

The introduction of a single, overriding payment standard for the management of electronic movements of money is designed to simplify systems, increase transparency, and hopefully reduce costs for the various parties involved.

I thought SEPA was the same everywhere?

SEPA is a set of standards and guidelines for managing electronic transfers in Euros. These standards allow for some interpretation and flexibility with member countries able to extend and modify the SEPA layouts to match local fiscal governance requirements.

The adoption of SEPA in Europe has been different across the region up until now; with countries like Finland opting to adopt SEPA earlier than other countries. This combined with the flexible nature of the SEPA standards framework has resulted in different levels of control in different countries. Countries like Germany and Estonia have opted for a single SEPA standard to be used by all banks within these countries requiring all banks to accept the same SEPA file format. Countries like the Netherlands and Finland have taken a different approach allowing banks to extend the SEPA file layouts according to the individual banks requirements. Remember this is Europe after all and even though most use the same currency, there are still some differences between the different countries!

This means that you might use multiple banks in the same country and be required to prepare slightly different SEPA output files depending on the local interpretation of SEPA. It also means that you might use the same bank in multiple countries and there may be a need to prepare multiple formats of the same payment files depending on whether these are going to be sent to the Swedish branch, the Finish branch, or the German branch.

Check back tomorrow for part two, on what we need to be doing to get SEPA ready