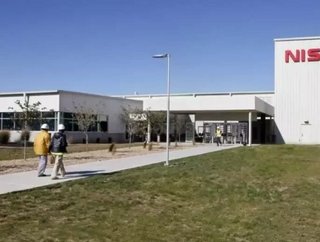 Follow @SamJermy and @SupplyChainD on Twitter.Nissan CEO Carlos Ghosn is rumoured to be preparing to cut battery manufacturing, in a new reversal on ele...

Nissan CEO Carlos Ghosn is rumoured to be preparing to cut battery manufacturing, in a new reversal on electric cars that has re-opened deep divisions with alliance partner Renault.

The plan, which faces stiff resistance within the Japanese carmaker, would see U.S. and British production phased out and a reduced output of next-generation batteries concentrated at its domestic plant, two alliance sources said.

In what may also prove a politically sensitive blow to Japan Inc., Nissan would follow Renault by taking cheaper batteries from South Korea's LG Chem for some future vehicles, including models made in China.

"We set out to be a leader in battery manufacturing but it turned out to be less competitive than we'd wanted," said one executive on condition of anonymity. "We're still between six months and a year behind LG in price-performance terms."

A decision is due next month on the Nissan battery plants in Sunderland, England, and Smyrna, Tennessee, the sources said, following a tense procurement review with 43.4 percent shareholder Renault, the smaller but senior partner in their 15-year-old alliance.

"Renault would clearly prefer to go further down the LG sourcing route, and the Nissan engineers would obviously prefer to stay in-house," another insider said. "The write-off costs are potentially huge."

Responding to the Reuters report, Ghosn said that Nissan may open battery procurement to LG and other suppliers, adding that no decision had yet been made.

Alliance spokeswoman Rachel Konrad said Renault-Nissan was "100-percent committed to its industry-leading electric vehicle programme" and had no plans to write down battery investments.

Nissan is already negotiating with manufacturing partner NEC Corporation on the shift to dual sourcing, with Ghosn's backing, the sources said. Nissan currently makes all its own electric car batteries.

One option being explored would see LG, which supplies some Renault models, invest in its own battery production at one of the overseas Nissan plants as the carmaker halts operations at the sites.

The alliance is also in talks with LG on a deal to supply batteries for future Renault and Nissan electric models in China, one of the sources added.