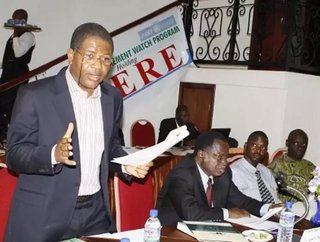 President Goodluck Jonathan of Nigeria has announced plans to institute World Bank oversight on Nigerian government procurement. The move is meant to a...

President Goodluck Jonathan of Nigeria has announced plans to institute World Bank oversight on Nigerian government procurement.  The move is meant to address a troublesome culture of corruption that has dogged Nigerians in the post-colonial era.  Nigerian novelist Chinua Achebe has called it “simply and squarely a problem of leadership.”

The idea, though not yet implemented, is heartening to those waiting for some sign of movement from an often complacent government.  “Very soon we will get people from the World Bank to be at my office,” says President Jonathan.  “For every contract we want to award, irrespective of the structures we have on the ground, they will assess it so that if a job is supposed to cost N10,000 and it’s awarded for N10,000, the likelihood that the contractor bribing anybody will be reduced.”

All the same, the project is still very much nascent – the World Bank has not yet been contacted.  World Bank Senior Communications Specialist Obadiah Tohomdet calls it “an idea in the making by the President.”

On the surface, it’s an attractive idea.  Formal oversight by a competent, independent actor could mean big gains for ordinary Nigerians – in everything from basic infrastructure to health services.  But if their record is any indication, choosing the World Bank as that actor has the potential to alienate citizens wary of their involvement, and possibly lead to deeper financial problems down the line.