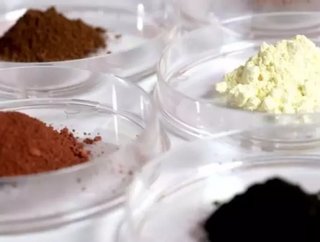 What do precision-guided missiles, hybrid car batteries and iPads have in common? Theyre all made from rare earth components (http://en.wikipedia.org/w...

What do precision-guided missiles, hybrid car batteries and iPads have in common?

They’re all made from rare earth components (http://en.wikipedia.org/wiki/Rare_earth_element), a set of 17 chemical elements on the periodic table. Despite their name, rare earths are commonly found in the Earth’s crust.

Don’t tell that to China, as the world’s leading producer of rare earths is starting to make turn the rare earth supply chain into just that.

As China restricts the amount of rare earth in the global supply chain, prices are skyrocketing. Prices have almost increased tenfold from a year ago, with the cost per tonne reaching a record-high of $109,036 in February.

China produces upwards of 95 percent of the world’s rare earth. Having such a privileged position in the rare earth supply chain allows China to set the amount of rare earth on the market, which drives up prices when China decides to restrict its rare earth exports.

Apple iPad 2: The most successful Apple launch ever?

There is some hope for the rare earth supply chain, however, as U.S. based rare earth producer Molycorp announced last week that they’ve acquired a processing facility to manufacture rare earth magnets.

The acquisition allows Molycorp to turn rare earth they mine into a finished product. While Molycorp won’t ever grow into a rare earth juggernaut like China, the movement into the market could provide some relief a supply chain that has been strangled by China’s rare earth whims.

Molycorp is expected to compete with Canada’s Rare Element Resources and Neo Material Technologies and Australia’s Arafura and Lynas.