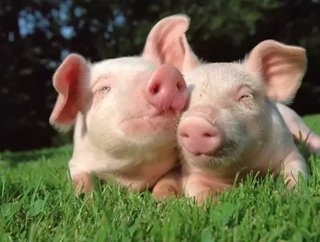 McDonalds announced today its intention to comply with the long-standing demand of animal rights advocates that it end the use of sow crates. &ldquo;Mc...

McDonald’s announced today its intention to comply with the long-standing demand of animal rights advocates that it end the use of sow crates.

“McDonald’s believes gestation stalls are not a sustainable production system for the future,” said Dan Gorsky, senior VP of McDonald’s supply chain management. “There are alternatives we think are better for the welfare of sows.”

The company will now be requiring that its suppliers house their pigs outside or in large cages, allowing sows a more humane life than they were reduced to under the steel penning system.

Though not the first major restaurant chain to make the switch – Chipotle has had the same requirements for over a decade – McDonald’s is in a unique position to effect real change in the industry.  Between egg McMuffins with sausage, breakfast platters with bacon, and the occasional mouth-watering, guilt-invoking McRib, the food giant buys fully 1% of the U. S. pork supply.

“I would go so far as to say that while we’ve been able to pass laws against gestation crates that are very important, this announcement by McDonald’s today does more to put the writing on the wall for the pork industry than anything that’s happened previously,” said Paul Shapiro, senior director at the Humane Society of America.

McDonald’s made the announcement jointly with representatives from the animal welfare group.