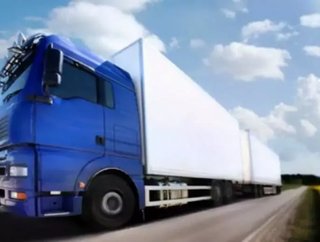 Over the past few years, procurement has been dominated by concerns about risk management and minimising supply chain vulnerability, following the moun...

Over the past few years, procurement has been dominated by concerns about risk management and minimising supply chain vulnerability, following the mounting risk of natural disasters worldwide.

The devastating effect of natural disasters has been underpinned in the collective consciousness of big businesses following supply chain disruptions in the aftermath of the 2011 Tōhoku earthquake.

Chaos following the earthquake had a devastating effect on the business of automotive manufacturers, which saw the major player Toyota Motor Corp lose out on sales of it’s Prius model, which is manufactured in Japan alone.

In addition to specific companies losing out on profits, Japanese plants which supply engines and motor parts were also affected; causing disruptions in assembly plants worldwide which suffered from a knock on effect. In instances where these plants were the only source, this caused a devastating loss of profit in companies worldwide.

“Clearly there are disadvantages to sourcing products from countries that suffer from extreme weather conditions, especially when supply is so geographically focused,” explained Dave Alberts, Director of Crimson &Co, a leading end-to-end supply chain consultancy group.

This disadvantage is something that the vast majority of companies are vulnerable to. In the UK alone, the average manufacturer has almost 190 suppliers, with almost 100 percent of manufacturers supplying some materials from overseas, according to a new study by the EEF. Currently, over half of manufacturers source from Asia and nearly as many source from the US.

One way that companies are avoiding the disadvantage of increasing environmental disruptions is by bringing their supply chains closer to home.

The latest approach to risk minimisation in companies is to introduce local or in-house production of crucial parts, particularly in the manufacturing sector. In order to maximise resilience to disasters and build flexibility in their own operations, 40 percent of the 150 UK manufacturers are bringing their supply chains closer to home, according to a study by the EEF.

Whilst global sourcing offers cost saving opportunities, the repercussions of natural disasters have highlighted the weaknesses of specific dependencies, leading to an increased focus on more localised or in-house production of crucial materials.

According to the report, named Be Prepared – Monitoring supply chains; Maximising Resilience, two-fifths of the 150 respondents had brought production back in house as a response to supply chain volatility, whilst a quarter had increased their use of local suppliers in order to improve their supply chain performance. These two measures have resulted in lead times being reduced and greater ease of access when it comes to quality control.

According to an interviewee within the report, there are four key benefits to bringing production in-house: quality improvements, reduced lead-times, increased control and cost.

Moving production in-house minimises supply chain risks, however, companies often have to invest in additional premises and workers, which eats into profit margins. In addition to this, many companies who would have liked to use more local suppliers were unable to do so due to a lack of available capacity.

Advocates of localised sourcing also highlight the positive environmental effect of reducing transportation. In an interview with BusinessGreen, a spokesperson from the EEF suggested that a move to source goods locally could also help businesses reduce carbon emissions from transporting goods, while strengthening manufacturing capacity in the UK.

"If companies are bringing production back in-house or using locally sourced products then they aren't going to be transporting goods from overseas, helping to reduce transport costs and emissions," he said

Investing in the local area

Anglo American, one of the world’s largest mining companies, is a major advocate of putting more resources into the local area. In an article written for The Guardian, a representative of the company outlines a ‘strong business case’ for placing key suppliers close to operations.

Speaking from the company’s own experience, Linda Wedderburn from Anglo American highlights the greater efficiency that can be produced by investing in local suppliers, in addition to lowering logistical costs and ensuring reliable access to goods and services.

“This collaboration has helped our supply chain teams understand the realities of the communities in which we operate, and raised the visibility of local suppliers with the people making the purchasing decisions,” explained Wedderburn.

For companies which rely on global supply chains, a more localised approach to procurement could be the answer to greater flexibility and control in their supply chain. It is important to see beyond target meeting, and look into the economic development of local communities, which is likely to positively contribute to the long term success and reliability of the supply chain.