Lexus losing ground in US 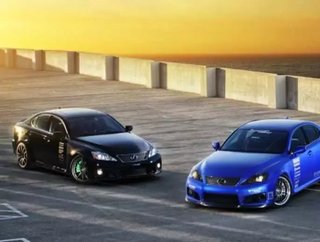 How critical can successful supply chain management be for a company? Just ask Lexus, as the luxury carmaker is about to lose its grip in the United St...

How critical can successful supply chain management be for a company?

Just ask Lexus, as the luxury carmaker is about to lose its grip in the United States as the top luxury automaker. Lexus, part of Toyota Motor Corp, expects to lose its leading market share to German competitors BMW and Mercedes-Benz.

Lexus, which makes all but one model in Japan, barely held the title as the United States’ market leader in luxury auto sales last year, holding on by 9,216 cars. Lexus has seen its disrupted supply chain limit production to 50 percent.

Eric Noble, president of The Car Lab, had some interesting insight when talking with Bloomberg during the week.

“The house was on fire at Lexus before the earthquake hit,” he said. “If the current situation wakes then up to that, then some good may come from it.”

The Lexus image took a hit last year, when more than 10 million Toyota-brand vehicles were recalled for problems related to the gas pedal. Because of that hit to its brand, Lexus’ lead over BMW as the leading U.S. luxury automaker dipped 52 percent in 2010.

The U.S. luxury auto market is particularly important for Lexus, as the Toyota carmaker hasn’t had much luck catching on in other areas. Lexus’ market share in Europe is a paltry 0.2 percent, with the brand struggling to catch on in China as well.

Audi, Mercedes-Benz and BMW each sold over a million cars worldwide in 2010. Lexus sold less than half a million, coming in at 410,000.