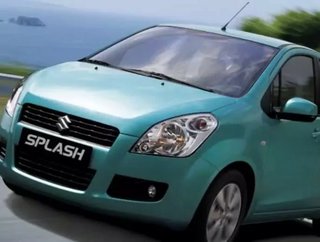 India is one of the emerging economies in the world, with some projecting that India will overtake both China and the United States to become the world...

India is one of the emerging economies in the world, with some projecting that India will overtake both China and the United States to become the world’s largest economy in a few decades.

That lofty projection might be put on hold for now, as both Toyota and Honda have announced that the Japan disaster is affecting their supply chain so severely that they’re cutting back automobile production in India.

India’s fast-growing car sector is experiencing shortages due largely in part to sourcing from Japan. Toyota, in particular, is scaling back its Indian production efforts to 30 percent of its normal production while the global supply chain realigns itself.

As always with the global supply chain, where there are losers, there are winners capable of stepping in and reaping the benefits. With Honda and Toyota struggling to supply the India market, fellow Japanese manufacturer Suzuki is ramping up its efforts to help fill the void.

While both Honda and Toyota rely heavily on imports from Japan to build their Indian cars, Suzuki’s cars are almost entirely locally built. Suzuki’s New Dehli based executives said on Sunday that they expect higher demand for their vehicles, and that they’re ready to meet expectations.

“There has been a sharp spurt in demand in the last few days,” Maruti Suzuki chief general manager Shashank Srivastava told the Business Standard. “We expect further increase in demand from here [on].”

Suzuki, which sold over one million cars in 2010, expects competition from Hyundai and domestic makers Tata Motors and Mahindra & Mahindra.