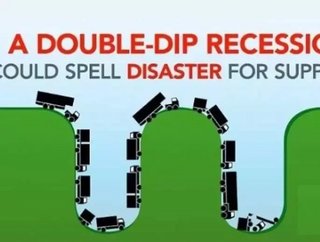 Could the world be heading toward another economic downturn? Numbers out of the United States Institute for Supply Management show that service industr...

Could the world be heading toward another economic downturn?

Numbers out of the United States’ Institute for Supply Management show that service industries in July expanded at the lowest rate in almost a year and a half as orders and employment cooled.

The Institute for Supply Management’s index of non-manufacturing businesses, which reportedly covers about 90 percent of the economy, dropped from 53.3 in June to 52.7 in July.

While any reading above 50 signals expansion, a Bloomberg News survey had predicted a rating of 53.5 for July.

“The numbers suggest the U.S. economy slowed in July from the second quarter,” Sal Guatieri told Bloomberg. As a senior economist at BMO Capital Markets in Toronto, Guatieri projected a reading of 53.

“That’s quite depressing given how weak growth was in that quarter. Further moderation in orders doesn’t bode well for coming months, either,” he added.

The index averaged 56.1 in the five years leading up to December of 2007, when the last recession began.

Manufacturing has taken a huge hit, partly due to risk concerns surrounding the global supply chain. The ISM services survey showed a factory index that fell from 55.3 to 50.9, the lowest rating since July of 2009.

The Long Haul: A Double-Dip Recession?

Adding to increasing worry over a double-dip recession, stocks declined again, extending the longest slump for the Dow Jones Industrial Average since 1978. Harvard business professor Martin Feldstein pegged the odds of a renewed recession at 50 percent, telling Bloomberg that “Nothing has given us much growth.”

Supply chain managers might want to start preparing for the very real possibility of a double-dip recession. The worst might not be over just yet.