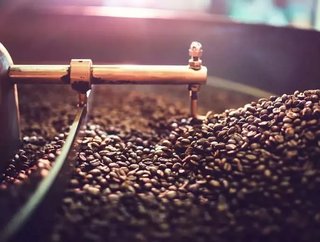 This week the Indian Coffee Board announced the launch of a new blockchain-powered e-marketplace for coffee. The project was activated by Commerce Secre...

100% of India’s coffee is grown under shade, handpicked and sun dried. The country’s coffee has a reputation as a premium product, produced by small coffee growers and tribal farmers adjacent to National Parks and wildlife sanctuaries in the Western and Eastern Ghats, which are two of the major biodiversity hotspots in the world.

However, the share of profits seen by coffee farmers is, according to the Coffee Board, very meagre, as there is little transparency from procure to pay. The new blockchain-powered marketplace app is intended to bring transparency to the Indian coffee supply chain, maintaining the traceability of Indian coffee from bean to cup, ensuring that coffee growers are fairly compensated for their product.

The Indian Coffee Board hopes the initiative will help build the brand of Indian Coffee as a luxury, premium beverage, and eliminate the need for intermediaries in the supply chain vertical.

According to a report by CoinTelegraph “the application will initially launch in a pilot phase with a limited number of growers for the next four to five months. Should the test prove successful it will be expanded to all growers in the country.”

Blockchain has, according to CoinTelegraph, already seen adoption by food producers in the US and Europe, in order to create greater transparency and efficiency in their supply chains. Recently, “the National Pork Board partnered with startup ripe.io to test out a blockchain platform for pork supply chains. The new platform will purportedly enable the Board to monitor and evaluate sustainability practices, food safety standards, livestock health, and environmental protections. In February, French President Emmanuel Macron advocated for the use of blockchain to innovate supply chain management in European agriculture.”