How Jeff Bezos is aiming to revolutionise Amazon distribution network 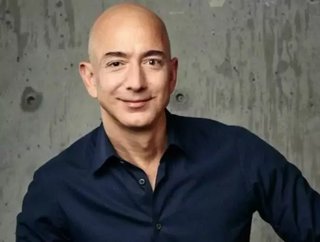 Follow @SamJermy and @SupplyChainD on Twitter.Lets get this straight; a man who recognises the meteoric rise of the internet as early as 1994, and belie...

Let’s get this straight; a man who recognises the meteoric rise of the internet as early as 1994, and believes in himself so much he quits his job, moves house and starts a brand new type of company, is an interesting, if not impressive man.

A self-made billionaire, Jeff Bezos has built up his empire primarily off the back of his e-commerce creation, Amazon.com and now ranks at number 17 on the Forbes rich list with an estimated personal fortune worth $32.9 billion. Shares in Amazon rose an astonishing 55 percent in 2013 and last October he bought the Washington Post for $250 million.

But now Amazon faces a fresh prospect of invigorating the distribution network of its online retail services and Bezos himself will surely be looking to crack this latest conundrum, with aggressive progression being the key. But it is global issue with an extensive spider web of problems.

In March it was revealed the firm would be revamping its US shipping network by significantly reducing its dependency on delivery giants UPS and FedEx, and instead routing orders through Amazon's 55 fulfilment centres, with a promise to make deliveries in two days through the United States.

According to inside sources, operations will instead be geared up to utilise and exclusively support local courier firms and the US Postal Service. This is as well as creating its own private fleet for the conceived expansion of Amazon Fresh; a grocery business unit historically only available in Seattle, San Francisco and Los Angeles but being made available to nearly 40 US markets in 2014.

This has been a troublesome and cumbersome operation though and the fact transportation expenses have continued to spiral, and reached $6.6 billion in 2013, might be a worrying and unwanted stat.

The obstacles do not stop there either. French MPs unanimously voted to add an amendment to a law from 1981 known in France as the Lang Law, after a former culture minister, which sets the value of new books at fixed prices. All retailers can only lower books' set price by 5%, in an effort to regulate competition between booksellers and to promote reading.

MPs from both the ruling Socialist Party and the main opposition UMP party also approved a law barring e-shops from shipping bargain books for free.

However, Amazon recently side-stepped this red tape by announcing a poultry one euro cent charge for books dispatched to customers’ homes. In another apparent snub to French law, it has been blasted for dodging most taxes by basing its French operations in neighbouring Luxembourg.

It is hard just to get a comprehension of how vast this group-wide realignment of its distribution network and shipping arrangements is, but multiple prominent examples give you an idea of the scale.

Both Royal Mail and FedEx have seen profits drop, with overall Royal Mail parcel revenue down by 1 percent for the three months leading to June this year; with the company specifically blaming the slide in its parcel business on Amazon's decision to introduce a £10 minimum spend for free delivery and also to expand its own delivery network.

Meanwhile FedEx’s volumes for FedEx's ‘SmartPost’ service fell by 8 percent to the quarter ending 31 May this year. However, volumes actually increased 15 percent if the numbers excluded the “changes in shipping patterns from one large customer." FedEx said in the statement accompanying the earnings.

This is large customer is almost certainly Amazon as it is consistent with Bezos work to lessen the reliance on third party logistics and not many global firms could affect another’s profits so greatly.

For many years, products stored in Amazon’s European fulfilment centres outside the UK have been available to order on Amazon.co.uk with a delivery time of between 3-7 days. Now, as a result of improvements and innovations in its cross border delivery network, more than a million products stored in its European Fulfilment Centres are now available for Two-Day Delivery for customers in the UK.

By the end of the year, that number of products available is expected to rise to 3 million. Prime customers in the UK will automatically qualify for Two-Day Delivery on these products at no additional charge.

Add to that the innovative idea where Amazon has announced a partnership to install Amazon Lockers at London Underground station car parks, and it is an overall project that promises much if the ‘aggressive progression’ approach laid down by Bezos is followed through.

Lockers will be located at two Tube station car parks; Finchley Central and Newbury Park, and customers will be able to have orders delivered to the lockers at their leisure. Deliveries made to Amazon Lockers nationally have more than doubled in the last year as customers continue to enjoy the flexibility the service provides.

With an average of over 11 million journeys on the London Underground every day, this is classic Bezos- tapping into a relatively unheard of practice and capitalising on the business opportunity to stay ahead of the industry curve.

Working on improvised tables in the garage of his Seattle home and using his parent’s £300,000 savings as his start-up capital, he defied the forces that causes most young companies to fail. Partly he admits, through sheer good fortune but also in his unwavering determination to create the world’s most customer centric company.

If Bezos can use this determination to successfully revolutionise Amazon’s distribution network whilst at the same time keeping the customer experience as the core business focus, then it will be more than just impressive.