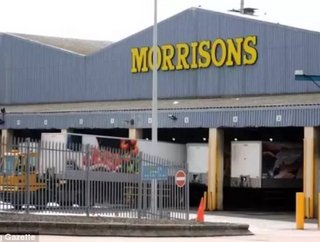 Follow @SamJermy and @SupplyChainD on Twitter.Norbert Dentressangle is celebrating 25 years at its site at Bellshill near Glasgow, with the renewal of i...

Norbert Dentressangle is celebrating 25 years at its site at Bellshill near Glasgow, with the renewal of its contract with Morrisons for a further five years.

Through its acquisition of Christian Salvesen, Norbert Dentressangle has operated the Bellshill Distribution Centre (DC) since it opened in 1989, initially for Safeway and, since its own acquisition of Safeway in 2004, for Morrisons.

Norbert Dentressangle handles Morrisons’ complete range of food products covering ambient groceries, bread, fresh prepared and frozen products and fresh produce, with the warehouse team receiving, picking and despatching around the clock seven days a week to ensure the best possible freshness for Morrisons customers. The company also manages Morrisons’ Scottish delivery operations, along with the supply of frozen food to stores in the North of England.

Norbert Dentressangle and Morrisons are also exploring opportunities to extend the relationship beyond Bellshill and find synergies between their wider distribution operations, in order to maximise vehicle utilisation for both companies.

Ross Eggleton, Morrisons Group Logistics Director said: “We are pleased to have agreed a contract extension with Norbert Dentressangle for our Bellshill site following positive negotiations. I’d also like to recognise the contribution that the colleagues and site have made to the Morrisons business as they celebrate 25 years, a fantastic milestone especially for colleagues who have been with us since day one.”