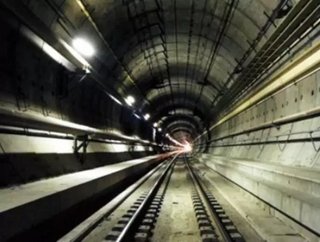 Eurotunnel announced this week that it is to launch a &lsquo;financial support scheme for railway operators in a big to develop railway traffic between...

Eurotunnel announced this week that it is to launch a ‘financial support’ scheme for railway operators in a big to develop railway traffic between the United Kingdom and continental Europe.

The scheme, dubbed ETICA (Eurotunnel Incentive for Capacity Additions), will provide a one-off financial support system for start up investments for one year, and will be available to all railways operators.

The scheme will be fully funded by Eurotunnel with no public subsidy, and is based on the Marco Polo aid system,  which conforms to European Directives and does not change the access charges set out in Eurotunnel’s Network Statement.

This is the most recent of a number of previous measures to encourage traffic, such as Open Access and European Interoperability Standards. Despite recent efforts to encourage growth, rail freight volumes through the Eurotunnel fell by seven percent in 2012 to 1.23 million tonnes, which is almost their lowest level since the tunnel opened in 1994, according to a report by railjournal.com

According to Eurotunnel, the difficulty with opening new services through the Channel Tunnel is not due to the level of access charges, but to the marketing and service start-up costs and the controls at Frethun freight yard.

The access charge for a full freight train (750 meters and 1,800t for a weeknight crossing at 120 kph) through the Channel Tunnel is approximately €100 per 40 foot container.