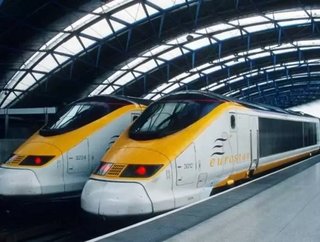 Follow @SamJermy and @SupplyChainD on Twitter.The UK government has announced it has sold all its shares in Eurostar to an Anglo-Canadian consortium in...

The UK government has announced it has sold all its shares in Eurostar to an Anglo-Canadian consortium in what will be a £757 million deal.

The government has been trying to rid itself of the Eurostar stake since 2013 when it outlined in the Autumn Statement and National Infrastructure Plan that it hoped to make £20 billion from corporate and financial asset sales by 2020.

Chancellor of the Exchequer George Osborne said: "It's great that we have reached an agreement to sell the UK's shareholding in Eurostar that delivers a fantastic deal for UK taxpayers that exceeds expectations.

"Investing in the best quality infrastructure for Britain, getting the best value for money for the taxpayer and tackling our country's debts are key parts of our long term economic plan, and in today's agreement, we are delivering on all three."

The remainder of Eurostar is owned by SNCF, the French state-owned rail operator, which controls 55 percent, and the Belgian government.

Manuel Cortes, leader of the TSSA rail union, added: "The reason that France and Belgium already own the majority stake in Eurostar is that they believe in running a publicly owned railway for the benefit of everybody.

"One-eyed Osborne, on the other hand, prefers the private English model where fat cat bosses are at the front of the queue, way ahead of the passengers".

The news comes off the back of the publicly owned East Coast mainline service being privatised ahead of the UK general election in May, with the service delivering over £1 billion in the five years the rail service was in public hands. Last year, the £2 billion sale of the 500 year old British postal service Royal Mail was criticised in many quarters as it emerged the company was undervalued by at least £200 million.

What do you think? Is the sale of the Eurostar stake a good or bad deal? Tell us your reactions by following via @SupplyChainD on Twitter.