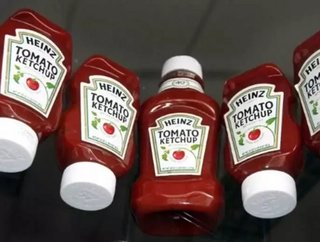 Earlier this year, the HJ Heinz Company announced a five-year strategic plan to set up a European supply chain hub. The condiment leader got the bill f...

Earlier this year, the HJ Heinz Company announced a five-year strategic plan to set up a European supply chain hub.

The condiment leader got the bill for part of its ambitious expansion efforts earlier this week, as the company revealed that setting up a procurement hub in Europe led to a $40 million cost on its balance sheet.

The capital investments were described as “Costs associated with targeted workforce reductions, asset write-offs associated with factory closures and other implementation costs in order to increase manufacturing effectiveness and accelerate productivity on a global scale.

“Other implementation costs primarily include professional fees and relocation costs for the establishment of a European supply chain hub in the Netherlands.”

So, where’s that money coming from? According to Heinz, the input costs are being passed onto the consumers.

“Emerging markets generated a record 23 percent of our sales in the first quarter,” Heinz chairman, president and CEO William R. Johnson said. “Our strategy to accelerate growth in emerging markets organically and through acquisitions in countries with fast-growing populations helped Heinz deliver strong top-line growth and solid operating results despite the economic downturn in developed markets.”

The company hopes its new hub will increase innovation and quality in its supply chain and lead to an increase in buying roles. Heinz is also planning to become more competitive by standardizing its systems through SAP.