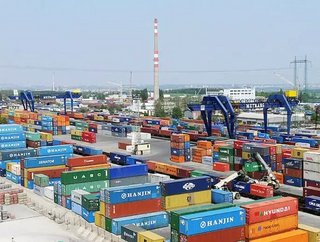 Dubais government backed port operator DP World has sold stakes in its Hong Kong assets, raising a total of $742 million from the sale of two container...

Dubai’s government backed port operator DP World has sold stakes in its Hong Kong assets, raising a total of $742 million from the sale of two container terminals and a logistics centre.

In a statement released on Thursday, the company announced the sale of 75 percent of its interests in CSX World Terminals Hong Kong Limited (CT3), which operates berth 3 of the Kwai Chung Container Terminal and ATL Logistics Centre Hong Kong Limited (ATL), a logistics centre located alongside CT3. DP World will manage its remaining stake in the companies in a strategic partnership with buyer Goodman Hong Kong Logistics Fund.

These are the latest in a number of overseas asset sales by DP World, which sold stakes in port businesses in Belgium and Yemen in September 2012. Part of the troubled Dubai World conglomerate, DP World was excluded from its parent company’s multibillion dollar restructuring.

“We believe Hong Kong will continue to be a very interesting market however, our presence was small relative to the market. This reorganisation, forming a strategic partnership and partially monetising some assets, allows us to realise value and recycle capital into new, fast growing opportunities in other markets.”

DP World, the third biggest port operator said its net gain will be $151 million because some money will go to repay shareholder loans. The company plan to re-invest the capital received from the two transactions.