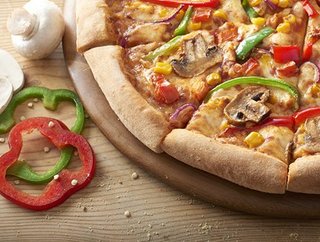 Domino’s Pizza CEO, Richard Allison, said that the pizza chain wants to dramatically increase its number of US locations in the next decade.

Domino’s Pizza CEO, Richard Allison, said that the pizza chain wants to dramatically increase its number of US locations in the next decade.

In a conference call discussing the company's second-quarter earnings, Allison said that the pizza chain wants to open about 2,350 stores over the next ten years, according to CNN.

Domino's Pizza, the largest pizza company in the world based on global retail sales, currently has around 5,650 locations in the United States.

To prepare for the expansion, the pizza chain is to invest between $115mn and $120mn in its supply chain.

The expansion comes as Domino’s Pizza noted that its same-store sales grew 6.9% in its second quarter compared to the same period last year, driven primarily by a rise in orders.

He also highlighted that the firm has ramped up its investment in digital innovations and food delivery.

In recent months, Domino’s has added online ordering in the US for around 200,000 new ‘hotspots’ – locations like parks and beaches –  that don’t have traditional addresses.

Today, Domino's generates over 60% of sales in the USA  via digital channels.

Speaking of the initiative, Alison added: “Our second quarter was highlighted by yet another innovation in food delivery with the launch of Domino's HotSpot, of which there are now more than 200,000 across the United States.

“The energy, passion and operational execution of our franchisees and managers around the world inspire me as I begin my role as CEO."