Disease in the Supply Chain 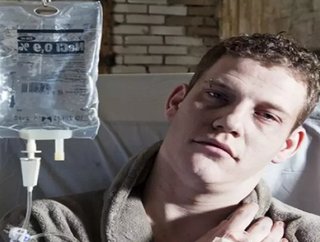 In recent years, blockbuster movies like &ldquo;Contagion,&rdquo; and &ldquo;Outbreak,&rdquo; have fascinated viewers, showcasing just how mind-bogglin...

In recent years, blockbuster movies like “Contagion,” and “Outbreak,” have fascinated viewers, showcasing just how mind-bogglingly fast a contagious disease can spread and how devastating a pandemic can become.

The black plague, malaria, the Spanish flu and the Bubonic plague are some of the most prominent diseases in history. The Bubonic plague alone killed 250 million people, which was one-third of the population in its time. These diseases are spread by touch, bodily fluids, sexually transmitted diseases, aerosol (respiratory), and by consumption. Diseases which are transferable by human touch and aerosol can spread lightning fast, often taking the lives of many or causing extreme illness before the cause, and let alone treatment, are even diagnosed. Those diseases spread by foods and animals do not have to be consumed to be contracted; simply touch can spread a virus or bacteria to a person.

According to the Center for Disease Control, foodborne disease outbreaks caused by imported food rose in 2009 and 2010. Nearly half of 39 outbreaks in the five years from 2005-2010 occurred in 2009 and 2010, according to the CDC, and half came from countries not previously associated with outbreaks. The increase in the spread of disease can be attributed to many factors, including the ease with which people can now travel, peoples’ desires to eat more unique foods from farther reaching locations, closer living proximity to others as the population booms, and even, according to Scientific American, climate change.

The Spanish Flu of 1918 was the first pandemic after the inception of modern transportation, which offered global coverage at the start of the 20th Century. Not only were contagious diseases and new germs carried from country to country by infected foods, animals, spices, and other products – they were carried by the people who traveled globally. By far the fastest mode of transportation to date, air travel means bacteria and viruses on fruit, spices, humans, animals and virtually everything else that can fit on a plane can travel around the world within a day. It is of vital importance that communication among the different systems in a supply chain – from procurement to manufacture to transportation to distribution to storefront –is utilized to share standards for disease prevention.

The CDC says 45 percent of food outbreaks come from foods imported from Asian countries. Seafood is the most likely culprit for foodborne illnesses – 17 of the 39 outbreaks in the five years to 2010 were fish-related. Pandemics and outbreaks are relatively rare considering the amount of food produced, shipped and eaten globally. However, outbreaks occur in everything from spinach to ice cream to clams.

“It’s too early to say if the recent numbers represent a trend, but CDC officials are analyzing information from 2011 and will continue to monitor for these outbreaks in the future,” said Dr. Hannah Gould, epidemiologist for the Division of Foodborne, Waterborne and Environmental Diseases at the CDC. Foodborne diseases are caused by microorganisms, many of which are bacteria, according to the World Health Organization.