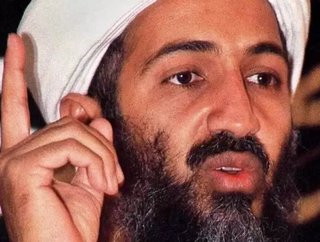 But when this mixture of celebration and relief of bin Laden’s death wears off, where will that leave the global supply chain?

Whether it’s a direct result of bin Laden’s death in Pakistan or not, global markets are up today, and oil prices are down.

The Dow Jones Industrial Average rose more than 25 points after ending April at multi-year highs, while the S&P 500 and Nasdaq reported moderate gains. JP Morgan analysts wrote in a note to clients that the news of bin Laden’s death should also be a positive for stocks, as more investors are expected to buy into the market.

Crude oil prices also fell as much as three percent overnight before making a modest recovery on Monday morning.

If those trends continue, that could help spell relief for a global supply chain that’s been taxed by the Japan disasters. Cheaper oil prices could directly lead to cheaper travel, shipping and manufacturing costs, while a more confident market could lead to economic growth and job openings.

How freight rail is getting the US economy back on track

According to a Wall Street Journal blog, analysts are questioning the drop in oil prices and the long-term effect on the global supply chain. Dave Kansas writes:

“Some analysts questioned the sharp drop, saying that while bin Laden’s demise might trim some of the ‘terror’ premium built into oil prices, supply-demand challenges will remain.”

Considering it is not clear that Osama bin Laden’s reported death is a direct contributor to the market’s changes, things could change, but the early telling signs from the breaking news out of Pakistan are good for the world’s supply chain.