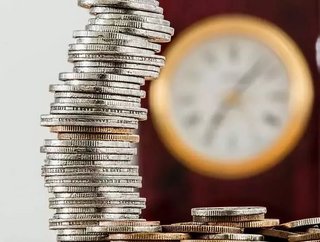 79% of procurement leaders plan to focus on cost reduction, according to The Deloitte Global Chief Procurement Officer Survey 2017. Within the Asia Pac...

79% of procurement leaders plan to focus on cost reduction, according to The Deloitte Global Chief Procurement Officer Survey 2017.

Within the Asia Pacific region year on year savings performance has improved, with 55% of CPOs indicating better performance than last year.

However, reducing cost is by far the biggest priority for CPOs in this region (73%).

Consolidating spend is the lever which is expected to deliver the most value in the next 12 months.

The same is true in the EMEA (Europe, Middle East and Africa) region, where the main priority for the CPOs is reducing costs, with 77% indicating it is a strong priority.

North America, however, has the greatest percentage – 84% – of CPOs ranking cost reduction as the biggest priority.

Across different industries, cost reduction was a key priority.

77% of CPOs within the consumer business sector will be primarily focused on reducing costs, with very little attention being given to disposing of assets or increasing CapEx.

In the technology, media and telecommunications sectors, reducing costs is the top priority for 91% of CPOs this year.

Education was not one of the sectors highlighted in the report, but budget cuts in many parts of the world mean that cost reduction is also a priority there too, with technology playing an important role in this.

“Applied technology, increased reliance on technology for us, automating the transactional activities has increased our efficiency, our ability to deliver more value and increase the cost savings of the university,” said Hanan Itani Ramadan, Director of Procurement and Contracts Administration at the American University of Beirut.

“Innovation is one of the key elements in improving our cost-saving margins, because when we learn about the user's needs early enough in the process this helps us better understand the requirement and research the market for the most economical alternative.

“Buyers need to be innovative and to search for alternatives, and the communication with suppliers and negotiating better terms and conditions.

“Communication is a part of the whole process of the procurement, and you can deliver better results when you're applying innovation.

“You have to be creative and innovative in the processes that you apply in addition to coming up with solutions to improve efficiency and effectiveness.”