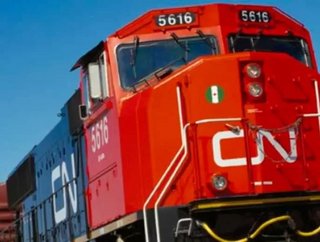 CN Rail is marking the US Rail Safety Week from May 5th with a public awareness campaign highlighting the deadly risks of trespassing on railway tracks...

CN Rail is marking the US Rail Safety Week from May 5th with a public awareness campaign highlighting the deadly risks of trespassing on railway tracks and property. Trespassing is the leading cause or rail-related fatalities in the United States, and CN is attempting to combat this risk by urging the public to call CN police to report unsafe behavior on railway property.

CN Police Chief Bobby Walker said: “Disobeying railway crossing signals or trespassing on railway property is dangerous and illegal. We cannot tolerate that individuals put their lives and those of others at risk. Through a combination of education and enforcement, we aim to change attitudes and behaviors towards rail safety. We must reduce injuries and fatalities on or near railway crossings, tracks, and CN property.”

CN Police will be out in full force during Rail Safety Week, conducting safety initiatives at commuter stations, CN intermodal terminals and railway crossings in the United States and Canada. CN will visit commuter stations to target a larger audience of rail users, particularly parents who will be urged to pass on safety information to their children.

For more information about the CN safety blitzes in your area, click here.

In 2013, there were 2,802 grade crossing and railway trespassing accidents in the United States, causing 683 fatalities, according to the Federal Railroad Administration. More than 50 per cent of trespassing incidents resulted in fatalities.

CN has been promoting railway safety for more than 25 years through its All Aboard for Safety community education program. Every year, CN Police officers make hundreds of All Aboard for Safety presentations and talk to more than 300,000 children and adults at schools and community events in the United States and Canada about the importance of safety and the dangers of walking or playing on or near railway tracks. Part of the strength of this program is the collaborative relationship with major community safety partners Operation Lifesaver and Parachute.