The challenges facing the global food supply chain are increasing every year. According to the United Nations, the global population is expected to reac...

The challenges facing the global food supply chain are increasing every year. According to the United Nations, the global population is expected to reach 9.8bn by 2050, meaning that food production will need to grow by as much as 70% in order to meet demand.

On top of that, increasing instability of global ecosystems caused by industrial pollution, unsustainable fishing and farming techniques, and unpredictable and extreme weather patterns resulting from skyrocketing carbon emissions only exacerbate the issue. With permafrost melting, a full-blown mass extinction underway, and no signs that the world’s biggest polluters will make the changes necessary to reverse the trend before the point of no return, securing a global food supply is more important than ever.

This week, Menlo Park-based startup Calysta announced that it has received a $30mn investment from BP Ventures in support of a worldwide rollout of its alternative protein product, FeedKind.

Developed as an alternative feed ingredient for fish, livestock and pet nutritional products, FeedKind is a single-cell protein produced through a proprietary, commercially-validated gas fermentation process using naturally occurring, non-GM microbes with the unique ability to use methane as their energy source. 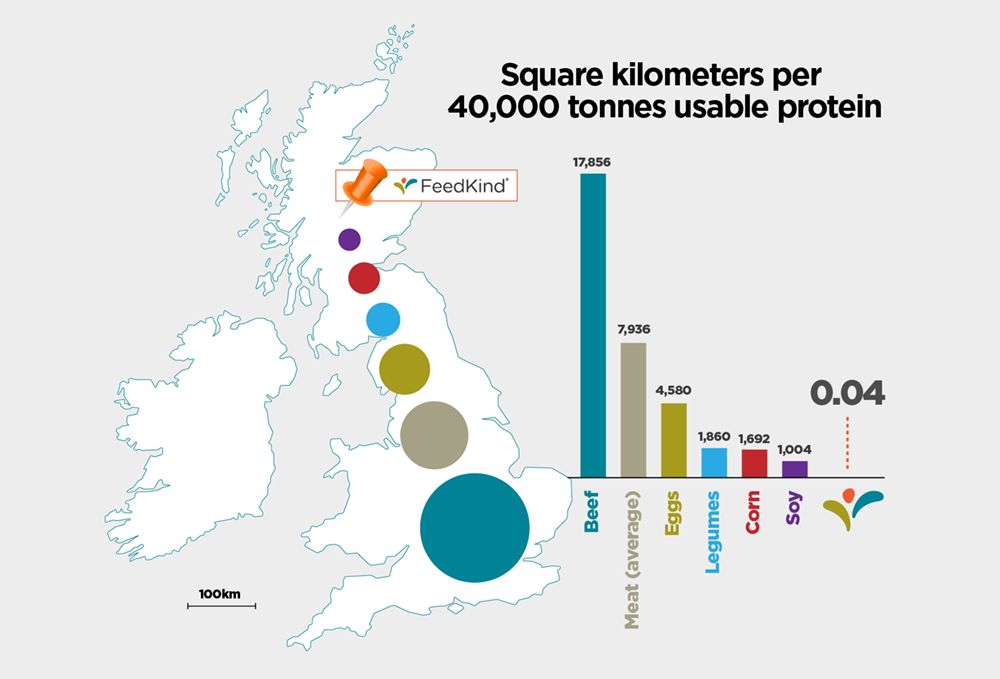 The ability to create animal feed from natural gas will, hopefully, allow for the continued and increased production of animal-based foodstuffs in a stable supply chain.

“Welcoming BP as a partner is a tremendous step forward for FeedKind protein and the best indicator yet that Calysta’s solution to food insecurity in a resource-constrained world can and will achieve global scale,” said Alan Shaw, Ph.D., Calysta President and CEO.

“The problems facing our food production supply chains have never been more clear, with increasing evidence that land and water scarcity are key challenges to meeting future demand for protein. FeedKind makes more from less, producing feed for livestock, fish and pets while making smarter use of our resources.

“We look forward to working closely with BP as we prepare to deliver this product to the world. Calysta will benefit from BP’s operational excellence and focus on safety when deploying multiple production plants.”