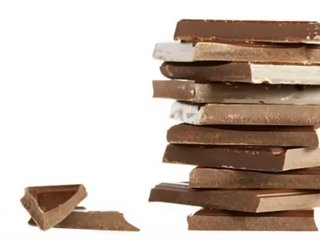 Follow @JosephWilkesWDM - Supply chain initiatives to deliver $3 billion in gross productivity savings and $1 billion in incremental cash over the next...

Food manufacturing giant Mondelez International, owner of the iconic Cadbury Chocolate and Kraft Food brands, has announced plans to save $3 billion through a redesign of the company’s supply chain.

Executives of Mondelez International, a global snacking powerhouse, with 2012 revenue of $35 billion, highlighted initiatives to redesign the company's supply chain that are expected to deliver over the next three years $3 billion in gross productivity savings, $1.5 billion in net productivity and $1 billion in incremental cash.

As previously announced, Mondelez International is stepping up investments in emerging markets to deliver profitable growth over the long-term.  The company plans to pay for these investments primarily by expanding margins in North America and Europe to levels at or above the average of peer companies.

Chairman and Chief Executive Officer  (CEO) of Mondelez, Irene Rosenfeld, said: "In North America, we're targeting a 500-basis-point improvement in operating income margin, and we now expect to reach that target by 2016, a year earlier than originally anticipated.

"In Europe, we're targeting an improvement of 250 basis points in OI margin, which we also expect to reach by 2016."

Based on these new designs, the company is installing Oreo manufacturing lines that require 30 percent less capital and reduce operating costs by $10 million per line.  These "lines of the future" can be installed in one-third the time and provide double the capacity in half the space as older designs.  The company is now implementing similar transformations for other biscuits Power Brands and the chocolate and gum categories.

At the same time, Mondelez International is restructuring its supply chain network.  To support expected demand, the company will invest in 14 greenfield plants by 2020, to be built on advantaged platforms in locations with optimized logistics. By 2020, the volume produced on advantaged assets will rise from 15 percent today to about 80 percent. Similarly, revenue per plant is expected to more than double by the end of the decade.

The company is also driving major productivity improvements through Lean Six Sigma, procurement transformation and simplification programs.  Myers underscored several examples, including: $400 million of conversion productivity savings over the past two years, largely from Lean Six Sigma work; a 20 percent reduction in procurement costs by partnering with strategic suppliers; and simplification of the European biscuit portfolio that is expected to reduce complexity by 60 percent and save $100 million in costs.

Finally, Myers highlighted the focus on improving cash management by addressing all the levers of the cash conversion cycle, including Days Sales Outstanding, inventory levels and suppliers' payment terms. In doing so, the company delivered a $400 million step-up in cash flow last year and expects to deliver incremental cash of $1 billion over the next three years.