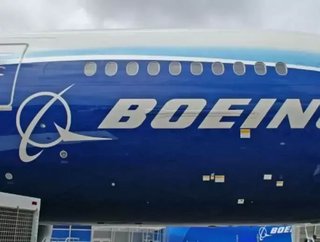 With part shortages popping up all over the world following the Japan disaster, most heavy manufacturers are slowing down production to ease supply cha...

With part shortages popping up all over the world following the Japan disaster, most heavy manufacturers are slowing down production to ease supply chain concerns.

Not Boeing, as the worldwide leading aircraft manufacturer is planning on upping its production rate over the next few years. By 2014, Boeing is hoping to complete one commercial aircraft every 12 hours, which would deliver about 720 aircraft annually.

That number would be a record for Boeing and would be more than 40 percent higher than the 485-500 deliveries forecasted for 2011.

According to FlightGlobal.com, demand is on the rise.

Two of Boeing’s most coveted aircraft, the 787 Dreamliner and the 737, have experienced massive supply chain woes over the past several years. To fix that problem, Boeing is seeking to add an unprecedented level of visibility across its supply chain.

Boeing hopes that added supply chain visibility can help push 787 Dreamliner output up 400 percent between now and the end of 2013.

As for the popular 737 model, Boeing is hoping to up its current production of 31.5 units per month to 38 by the second quarter of 2013. Boeing is also modestly raising its production of 777s, 767s and 747s over the next two years.

"We've been very deliberate on how we've timed our production rates to allow the supply chain to absorb, let's say, a 767 rate increase and get a few months to stabilize and then put the next rate on," Larry Loftis, 777 vice president and general manager, told FlightGlobal.com