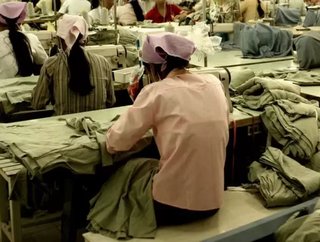 The Australian Parliament is conducting an inquiry as to whether the country should adopt national legislation to combat modern slavery, comparable to t...

The Australian Parliament is conducting an inquiry as to whether the country should adopt national legislation to combat modern slavery, comparable to the UK’s Modern Slavery Act 2015 (MSA).

Australia’s anti-slavery laws are relatively strong, since the Commonwealth Criminal Code criminalises slavery and a range of slavery offences, including “a commercial transaction involving a slave … whether within or outside Australia.”

But that is not the full story according to Milnes, “The most obvious obstacle to the law as it stands is enforceability. Forced labour is usually found in developing nations where investigation and enforcement resources are stretched and corruption is common.

“It comes as no surprise that resources for addressing slavery on the ground in those countries may be limited,” he added. “Countries like Australia risk being a lucrative market for goods or services that might profit from forced labour. There is an opportunity to do more to prevent these from getting into the supply chain in the first place".

The introduction of new legislation could have far-reaching consequences on how businesses manage their supply chain operations.

Milnes said, “At the least, businesses should be tracking the Parliamentary Inquiry and monitoring any recommendations that are made. Some Australian businesses with a UK-based commercial presence may well be subject to the UK's Act and have already adopted appropriate processes to ensure compliance. Other organisations may have implemented their own robust procedures that would satisfy similar legal requirements, if implemented in Australia.”

Although it is too early to pre-empt the outcome of the Inquiry, a Modern Slavery Act for Australia could lead to new measures, for example:

•        requirements to increase the standard of due diligence undertaken on suppliers

Michael Milnes said, “Organisations that have not previously addressed these issues should start becoming familiar with the nature of this global problem. Getting the issues on the corporate agenda, undertaking proactive risk assessments, and reviewing current supply chain operations will help put the organisation in a much better position to respond to the impact of any new legislation that might be adopted.”